Here is my promised second post of the day, and this one does not have stats, numbers. It’s about a thriller. A Washington DC thriller. I discovered Keith Raffel while looking for books about Silicon Valley and he is probably the only author who has created his mysteries (at least two) around the high-tech start-up world. I already commented his dot.dead and Smasher. 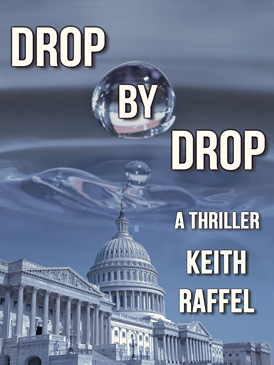 Drop by Drop is (unfortunately) not about Silicon Valley and start-ups, even if it begins there. The hero is a History professor at Stanford University though. And I enjoyed reading Raffel’s new work as much as his two previous novels. Do not get me wrong. This is probably not literature compared to Cormac McCarthy‘s Suttree or even Franzen’s The Corrections, but it is entertaining, the stories are good and the personalities always interesting and well-described. It is a good thriller! Though quite different, it reminded me of The Librarian by Larry Beinhart.

There is also something unusual, a feeling I got after reading Raffel’s three books. There is a kind of sadness that all his heroes experience in their relationships with women. Even tragedy. Women are at the same time fragile and strong, fragile because often in dangerous positions. This makes the personalities really interesting.

Drop by Drop is also an ebook. It is in fact the first book I read on a screen. And I could read it! The experience is strange. No page, just chapters and digital references. I read it with white fonts on a black background. And I enjoyed it. I still prefer paper, but I also noticed that I have sold more Start-Up ebooks than paper versions in 8 out of the last 12 months…

Coming back to the story, why didn’t Raffel fly east to Boston, which is the east-coast high-tech cluster, or even to New York, where there is the real life? The answer probably comes from the fact that Raffel has worked “as counsel to the Senate Intelligence Committee overseeing the secret world of the CIA, NSA, and other clandestine three-lettered agencies” before becoming a high-tech entrepreneur. He probably needed to share some his experience. I can tell you something I knew and is confirmed here: the high-tech start-up world may be a jungle with “vulture capitalists” but it is nothing compared to politics and in particular Washington DC!

I would not say there is a lot of action. I would almost say it is a psychological thriller. There is action, but what I liked the most were the hero’s fights with himself. “Our tradition stands for justice. That’s different than vengeance”. It reminds me that even if I am fascinated by President Obama, I am not sure to understand why he said “Justice is done” last May. This is another story. Well not really. This book really adresses in its own way the question: “Does the end justifies the means?” You will need to read it to find your own answer. You will also learn a little more about the American constitution.

From time to time, Raffel remembers he lives in Palo Alto. So let me finish with some quotes:
– About bankers: “For once he had abandoned his Silicon Valley khakis in favor of investment banker pinstripes.” … “An investment banker who takes companies public. And what does that consist of? A great roadshow, generating hype. All his IPO’s, every one, go out above the predicted range. In his business you count winners by dollars, not votes.”… “Investment bankers found themselves talking to the SEC enforcement crew regularly nowadays.”
– About Palo Alto places, he seems to enjoy the Peninsula Creamery as well as the Stanford Theatre: “Since high school, I’d frequented the Stanford Theatre in downtown Palo Alto, a repertory house playing the best of Hollywood’s Golden Age.” (Without Hewlett Packard and the Packard foundation, this marvelous theatre would probably not exist anymore.) 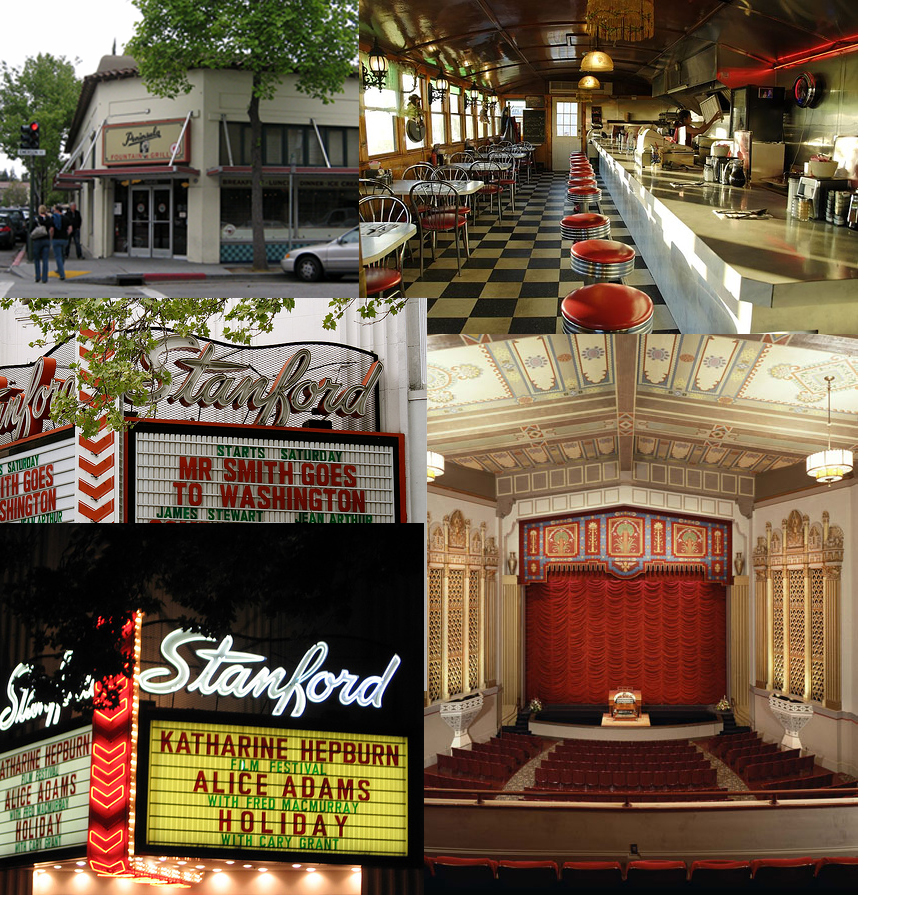 Finally, one of his descriptions of California driving rules, “I navigated over to the carpool lane. Only in California would one driver plus one passenger equal a carpool. And only in California would such loose admission requirements still result in an almost empty lane,” reminded me of why Woody Allen hates California. “I don’t want to move to a city where the only cultural advantage is being able to make a right turn on a red light” — Alvy Singer (Woody Allen in Annie Hall). Well, I still love California! And Raffel seems to prefer it to Washington DC…