Tumblr made the news these past days, and some discussions about how much the investors, founder and employees made were quite passionate as you may read from Fred Wilson reactions. We may discuss a long time about why Yahoo bought a 26-year old kid company, as could be done with Instagram (see my pots from April 2012), but the point is that there’s been a continuous flow of such stories for decades in Silicon Valley. 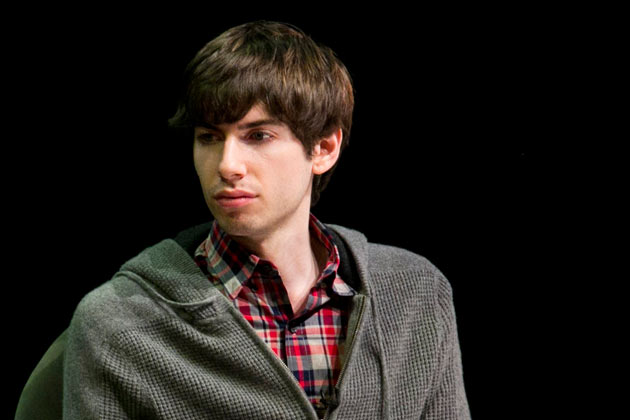 Indeed I added to my usual cap. tables some numbers on multiple returns and ROIs (return on investment). I do not have exactly the same “huge” numbers that were at the origin of the angry exchanges, but I might be wrong… Now there were two different pieces of info, so I put two cap. tables which are not that different. One gives investor data per round, the other one per specific fund. 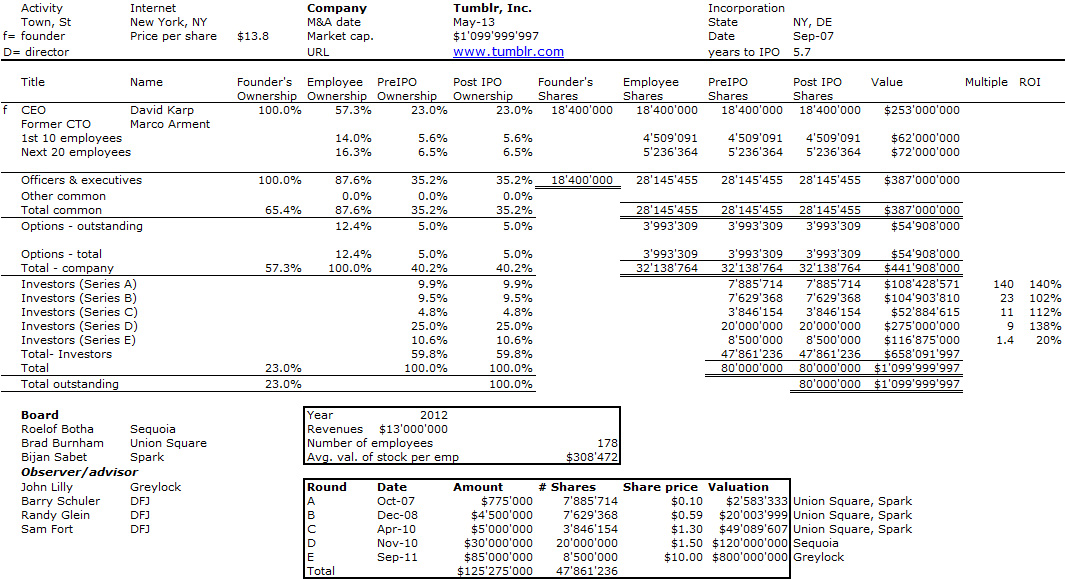 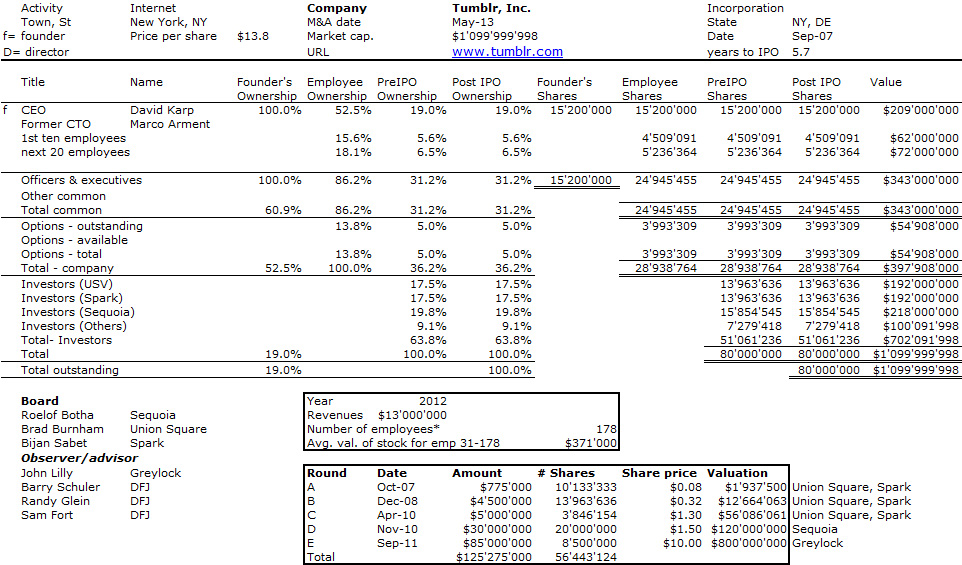 1 thought on “Tumblr acquisition and shareholding”