What have these 4 things in common? I am not sure. But in the last 12 hours, I had to put this 4 things together. My professional life is about technology, but I am not a technophile. I do not have a smart phone. But I like people and I strangely rediscovered it through high-tech entrepreneurship. There are many, many more important things. I will give you two examples with Bruce Springsteen and Jonathan Franzen, two known supporters of Barack Obama, whom I have mentioned a couple of times here. These are just two (therefore three) examples of why it is possible to like America… follow me, you don’t have to agree.

(Let me just add 5 minutes after publishing this article that we are on July 4!) 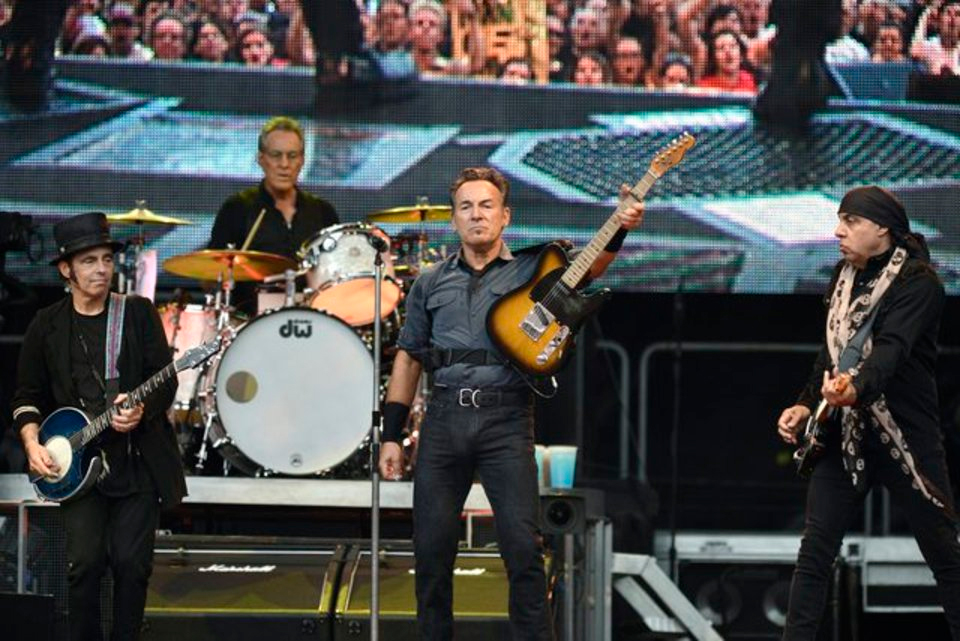 Yesterday, I was in Geneva for one of the best concerts of my life. The Boss and his sixteen musicians gave a nearly 3 hour-long show with a generosity I had never seen on stage. I did not know about his “sign requests”. His fans showed him signs with song titles and he picked a few, which he would later sing. Not the kind of music machines I am often used to experience. A kid went on stage and sang alone for a while. This was unique too. He is 63-year old and has the energy of a youngster, the generosity of a wise man. No naiveness. “We have a job to make here tonight.” What a job! I found a site which gave a short account including the songs he chose yesterday (including the signed ones – see in the end). Springsteen belongs to the group of people which show why we can love America.

I also like Jonathan Franzen. I may have read all his writings, The Corrections remains my favorite one. I am currently reading his latest essays. He also shows suffering, misery, hardship in America. A different kind of suffering, but in the end, it is probably the same. Americas is great when it shows its weaknesses. But neither Sprinsteen nor Franzen are depressing, because they are generous, they are passionate. I don’t see any cynism. Hopefully, I am not naive. In one of his latest essays, a commencement address at Kenyon College, he links technology and love… The title is PAIN WON’T KILL YOU and in the NYT he made another version entitled Liking Is for Cowards. Go for What Hurts. 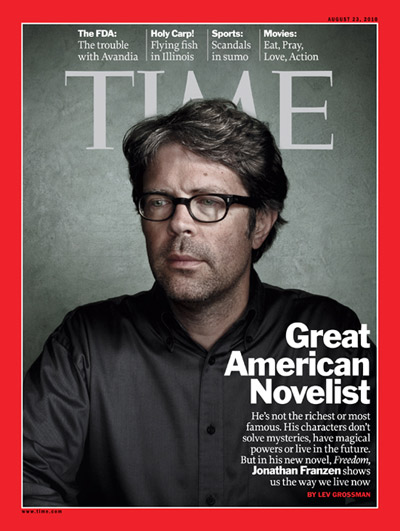 More for myself! (A blog is also my personal journal) Bruce Springsteen in Switzerland: Dedicates ‘Land of Hope and Dreams’ to Nelson Mandela. Bruce Springsteen and the E Street Band were back in action again on Wednesday, playing a 26-song, two-hour-and-52-minute show at the Stade de Genève in Geneva, Switzerland. Highlights included “Frankie” which was played for the first time in 2013 and for only the fifth time this tour and the encores started with Bruce playing “The Promise” solo on the piano, “Youngstown” and “Murder Inc.” were also played. It was the first show this tour that “Wrecking Ball” was not played. In the 118 shows so far this tour, three songs still have perfect attendance: “Waitin’ on a Sunny Day,” “Born to Run” and “Dancing in the Dark.” Bruce dedicated “Land of Hope and Dreams,” the final song of the main set, to Nelson Mandela. Show began at 7:40 p.m. local time (six hours ahead of New Jersey)
Set list
1. Shackled and Drawn
2. Badlands
3. Death to My Hometown
4. Out in the Street (sign request)
5. Hungry Heart (sign request)
6. Candy’s Room (sign request)
7. She’s the One
8. Because the Night
9. Spirit in the Night
10. Frankie
11. The River
12. Youngstown
13. Murder Incorporated
14. Darlington County (sign request)
15. Working on the Highway
16. Bobby Jean
17. Waitin’ on a Sunny Day
18. The Rising
19. Land of Hope and Dreams (dedicated to Nelson Mandela)
Encore:
20. The Promise (solo piano)
21. Born in the U.S.A.
22. Born to Run
23. Dancing in the Dark
24. 10th Avenue Freeze-Out
25. American Land
26. Thunder Road (solo acoustic)