I have already recently discussed the difficulty Silicon Valley has in talking about or dealing with politics, for example in The promise of technology. Disappointing? and even more in Silicon Valley and (a)politics – Change the World. I was referring to two articles (which I considered as exceptionally great) written by George Packer in the New Yorker in 2011 and 2013. It is an article published on January 27 on the same web site, Tom Perkins and Schadenfreude in Silicon Valley by Vauhini Vara which motivates me in asking the question: Is there something rotten in the Silicon Valley kingdom?

All this is rather indicative of a serious situation that deserves the attention. Four days earlier, Le Monde published the article by Jérôme Marin, In San Francisco, anti-Google protests go too far. The summary of all this can be done simply, but I encourage you to read these articles (especially those by Packer whose depth analysis is really of interest):

Many new millionaires (in particular employees of Twitter and Facebook), and even some billionaires (see Technology Billionaires in 2013) contributed to the recent acceleration of the gentrification of San Francisco. However, the authorities of San Francisco rather encouraged the phenomenon and to a large extent, the debate begins to rage. On the one side a population that expresses its frustration at this new situation by blocking the famous private buses carrying these high-tech employees from their home to their office (see A Google bus blocked, anger rises in San Francisco by the same Jerome Marin) or a Google employee at his home. On the other side, the “slip” of Tom Perkins comparing these protests to attacks of the Nazis against the Jews… 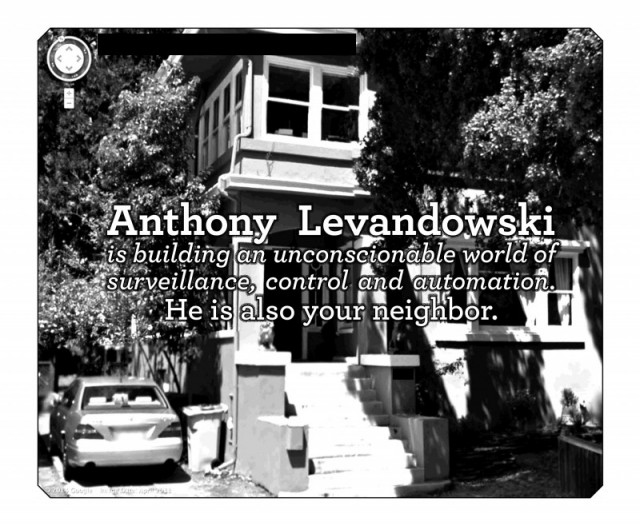 These reactions illustrate a increasingly visible debate between the proponents of the Invisible Hand (let the rich be richer and the market will self-regulate for the benefit of all) and opponents increasingly exacerbated by the consequences of the global deregulation. As if Occupy Wall Street was moving to Silicon Valley. As Americans usually react fast, the city of San Francisco has taken the decision to have these private buses pay for the use of public bus stops. Vauhini Vara also mentions that Mark Zuckerberg has become the largest private donor in 2013 in the USA (with $1 billion …) and Sergey Brin ranks fifth .

My opinion is of little importance and I’ll let you judge. Let me just add (and you will understand where I am assuming that you care!) that large U.S. companies pay ridiculous amounts of tax lawfully using the possibilities offered by the law of international trade. In 2011, Le Monde published USA: profit does not necessarily mean tax, and waht follows comes from it:

Out of 280 companies among the 500 largest U.S. companies, 111, or 40%, enjoyed an average tax rate of 4.6%. There must be a rational explanation for this particular treatment you must think, falling profits for example, justifying a lower tax burden? The problem is that according to the data compiled in this report, this argument does not hold. The 111 companies we are talking about even recorded a total greater than the benefits of th oher companies combined. Between 2008 and 2010 the telecom operator Verizon has accumulated $32.5 billion in profits, the conglomerate General Electric totaled 10.4 billion profits, and toy manufacturer, Mattel, won over a billion dollars over the period. However, none of these companies did pay federal income tax.

“This is not a report against businesses, the study says in its preamble. Instead, like most Americans , we want the business to go well. In a market economy, we need managers and entrepreneurs, as we need workers and consumers. But we also need a better balance in terms of taxation.”

U.S. billionaire Warren Buffett recently called on governments to make him pay more taxes at the individual level for a greater tax fairness. Will multinational companies be capable of the same citizen behavior?

Since I started by mentioning that Sillcon Valley has changed the world, I conclude from memory with a quote I heard on France Culture this morning: “If you do not change the course of History, it is History that will change you.”