Following my previous post about Dogfight and the Apple vs. Google war in the mobile world, here is an excerpt I found interesting. You can also find it on Wired: Apple vs Google: Did Apple Learn Anything From Its War With Microsoft? 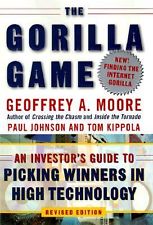 The reason why this is interesting is that it reminds me an old book I read in my Index years. The Gorilla Game by the famous Geoffrey Moore. Moore explains why in high-tech high-growth markets, there is usually space for only one major player. Apple and Google in the mobile world might be a historical aberration. Read why below… 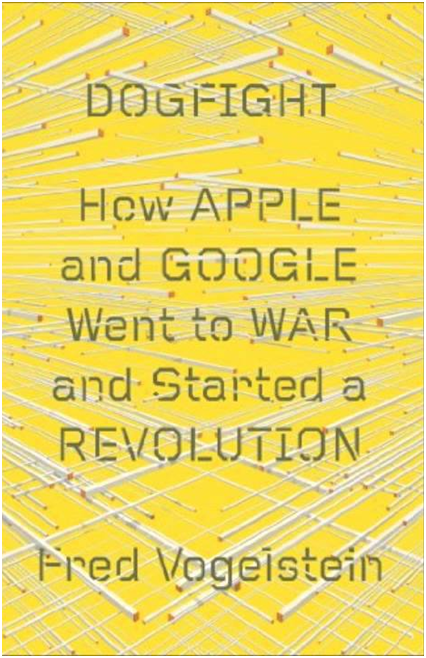 “Jobs said he never saw the similarity between his fight with Android and his fight with Bill Gates and Microsoft in the 1980s. But just about everyone else inside and out of Apple did. Android and iPhone were in a platform war, and platform wars tend to be winner-take-all contests. The winner ends up with more than 75 percent of the market share and profits — and the loser ends up scrambling to stay in business.

In the Microsoft/Apple fight, Microsoft won by more widely distributing its software, which created a bigger selection of applications to buy, which attracted more customers. Once customers had spent hundreds of dollars on applications that ran on only one platform, it was much harder to get them to switch. Ultimately, everyone started using computers running Microsoft DOS and then Windows because everyone else was doing it. This wasn’t lemming-like behavior, but completely rational. Computers were only useful if work performed on one machine could be used on another machine.

This was almost precisely the Android strategy. In 2010, the Android ecosystem was still far from robust. The Android app store was badly organized, and developers had a tough time making money there. Apple’s three-year head start had allowed it to sell nearly 60 million iPhones, create a store with more than 200,000 applications, and establish a developer ecosystem that had been paid more than $1 billion over two years. But because any phone manufacturer could make an Android phone, the size of the Android platform was exploding. By the end of 2010, it was as big as the iPhone’s. And it seemed like only a matter of time before Google fixed the problems with its app store.

More worrisome to Apple was that Rubin could succeed without having to convince many iPhone customers to switch. The number of people worldwide switching from cell phones to smartphones in the coming years was going to be so enormous that he just needed to focus on that group — not necessarily on iPhone customers — to get a dominant smartphone market share. It seemed unfathomable that Jobs would lose two battles the same way a generation apart. But with so many similarities between the two dogfights, it was hard not to think about it.

There have always been good reasons to believe that the Apple/Google fight might not play out like Apple versus Microsoft: Developers seem more capable of writing software for two platforms than they were in the 1980s. The platform-switching costs are much smaller, too. Back then, PCs cost more than $3,000 and each software title cost more than $50. Now the costs are less than a tenth of those. A new phone with a carrier subsidy costs $200, and each app costs less than $3 and is often free. Also, third parties — the carriers — continue to have a vested interest in making sure consumers have as many ways to connect to their network, and pay them money, as possible.

But what Google and Apple executives have always understood is that if the battle turns out that way — if somehow their mobile platforms can harmoniously coexist — it will be a historical aberration. Because of the press coverage surrounding the Microsoft antitrust trial 14 years ago, a huge amount of analysis has been devoted to how Microsoft built its Windows monopoly in the PC business: If you get enough people using your technology platform, eventually it creates a vortex that forces almost everyone to use it. But these economic forces have not been unique to Microsoft. Every major technology company since then has tried to create the same kind of vortex for its business.

It was how Jobs had dominated the music-player business with the iPod. It was also how Google in 2004 started to embarrass and challenge Microsoft for dominance in high tech and pushed Yahoo! to the brink of implosion. Google’s top-quality search secured the most search traffic. That gave it the best data about user interests. That data made its search advertisements appearing alongside the search results the most effective. That virtuous circle encouraged more search traffic, more data, and even better search ads. No matter how much Microsoft and Yahoo! tried to attract traffic with lower ad rates and improved search results, Google was always able to offer a better deal.

eBay did the same thing to the roughly two dozen other online auction companies, such as OnSale and uBid. By allowing buyers and sellers to easily communicate and rate one another, it built a self-policing community. That fueled a rapid growth in bidders. The more bidders eBay acquired, the more reliable its prices became. The more reliable eBay’s prices became, the more new bidders wanted to use it. The more bidders wanted to use eBay, the less they wanted to use competitors’ sites. Facebook’s social media platform is the most recent example of the power of platform economics. Its superior technology allowed it to offer users better features than competitor MySpace. Better features made Facebook more useful. The more useful it was, the more data users shared. The more data users shared, the more features Facebook could offer. Soon people were joining Facebook just because everyone else was joining Facebook.

As the mobile platform wars go forward, Google’s and Apple’s ecosystems might be able to coexist long term and generate big profits and innovation for both companies. But given recent history, they will have to fight it out as if it won’t happen that way. “It’s like the battle for the monopolies that the cable guys and the phone guys got 30 to 40 years ago,” said Jon Rubinstein, the longtime top Apple executive and former CEO of Palm. “This is the next generation of it all. Everyone — Apple, Google, Amazon, and Microsoft — is trying to build their walled garden and control access to content and all that. It’s a really big deal.” And it’s not the kind of thing Apple or Google can afford to be wrong about.” [Pages 142-145]