Great analysis by Nicolas Colin (The Family) in his article What makes an entrepreneurial ecosystem? If the topic interests you, it is a must-read. 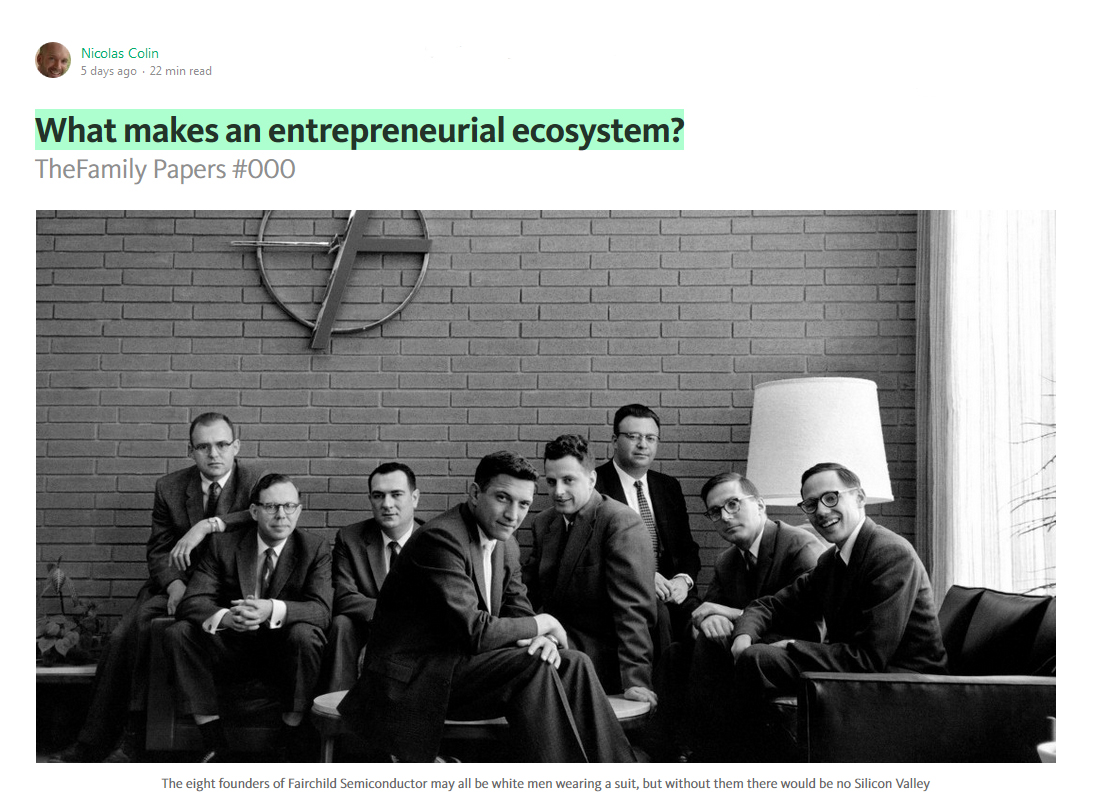 in a nutshell, the entrepreneurial ecosystems need 3 ingredients – I quote:
– capital: by definition, no new business can be launched without money and relevant infrastructures (which consist of capital tied up in tangible assets);
– know-how: you need engineers, developers, designers, salespeople: all those whose skills are necessary for launching and growing innovative businesses;
– rebellion: an entrepreneur always challenges the status quo. If they wanted to play by the book, they would innovate within big, established companies, where they would be better paid and would have access to more resources.

This reminds me of two “recipes” I often mention. First the “5 needed ingredients of tech. clusters”
1. Universities and research centers of a very high caliber;
2. An industry of venture capital (i.e. financial institutions and private investors);
3. Experienced professionals in high tech;
4. Service providers such as lawyers, head hunters, public relations and marketing specialists, auditors, etc.
5. Last but not least, an intangible yet critical component: a pioneering spirit which encourages an entrepreneurial culture.
in “Understanding Silicon Valley, the Anatomy of an Entrepreneurial Region”, by M. Kenney, more precisely in chapter: “A Flexible Recycling” by S. Evans and H. Bahrami

Second, Paul Graham in How to be Silicon Valley? “Few startups happen in Miami, for example, because although it’s full of rich people, it has few nerds. It’s not the kind of place nerds like. Whereas Pittsburgh has the opposite problem: plenty of nerds, but no rich people.” He also added about failed ecosystems: “I read occasionally about attempts to set up “technology parks” in other places, as if the active ingredient of Silicon Valley were the office space. An article about Sophia Antipolis bragged that companies there included Cisco, Compaq, IBM, NCR, and Nortel. Don’t the French realize these aren’t startups?”

Many toxic friends of entrepreneurial ecosystems have not understood this. But for those who have understood, building lively ecosystems remains a real challenge: bringing the rebellion, the culture, diminishing the fear of risk taking without stigmatizing (not rewarding– here I disagree with Colin) failure remains highly challenging whereas finding know-how and capital is not easy but feasible with some hard work…

Finally, I copy his diagrams which show ideal and less ideal combinations of capital, know-how and rebellion, adding my exercise for Switzerland. 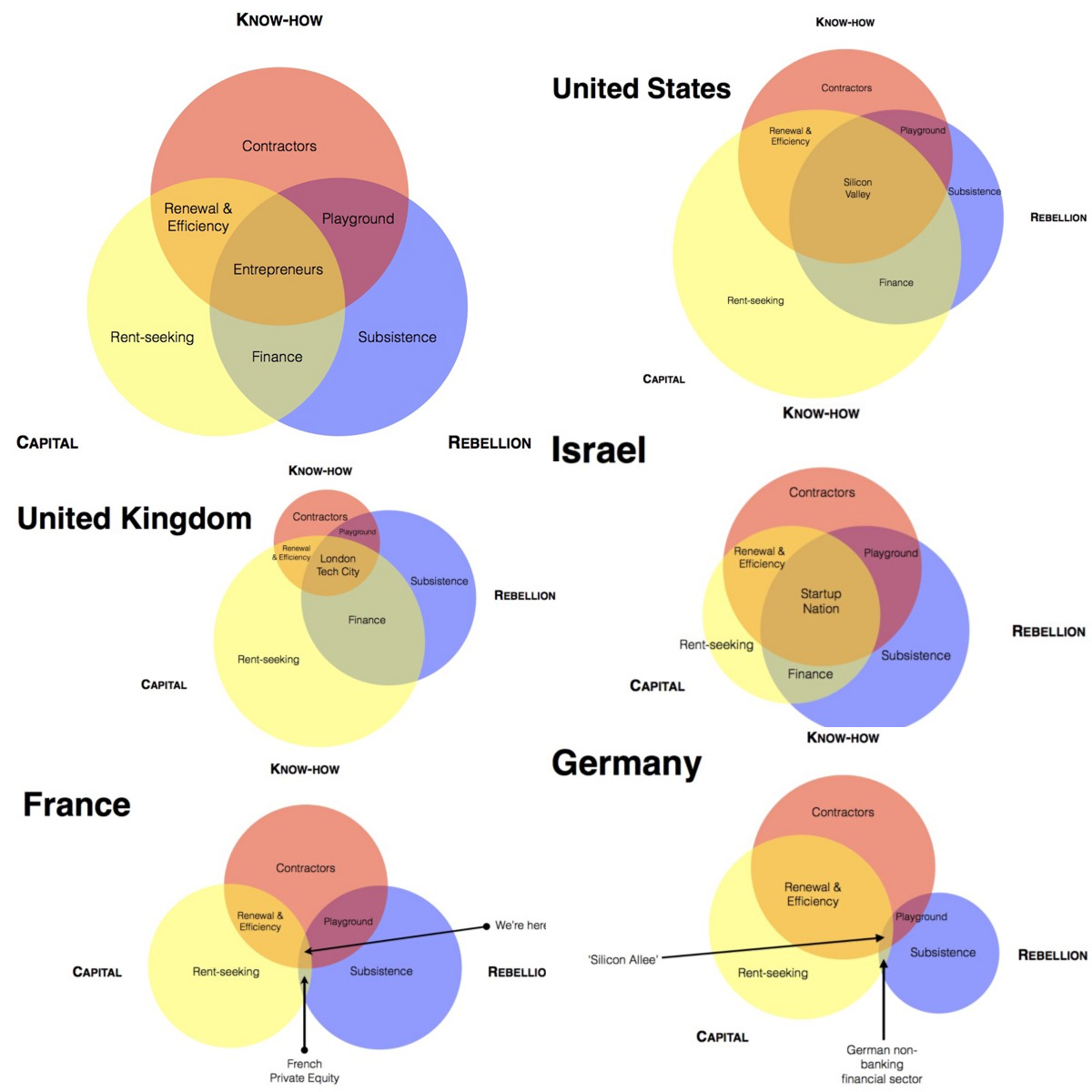 Switzerland is probably 80% Germany and 20% France… 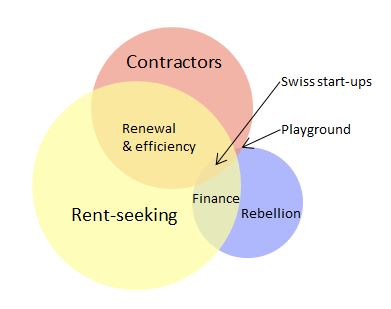 (A short addition on Oct 29, 2015) – The best description of Switzerland was given by Orson Welles. It explains a lot of things…

“In Italy, for thirty years under the Borgias, they had warfare, terror, murder and bloodshed, but they produced Michelangelo, Leonardo da Vinci and the Renaissance. In Switzerland, they had brotherly love, they had five hundred years of democracy and peace – and what did that produce? The cuckoo clock.” in The Third Man, said by Holly Martins to Harry Lime.