A student of mine (thanks 🙂 ) just sent me a link to amazingly great blog articles about Elon Musk. I had never of heard of the author, Tim Urban, and his blog Wait But Why but I will certainly follow his work from now on.

Tim Urban has written four articles about “the world’s most remarkable living entrepreneur.”
Part 1: Elon Musk: The World’s Raddest Man.
Part 2: How Tesla Will Change the World.
Part 3: How (and Why) SpaceX Will Colonize Mars.
Part 4: The Chef and the Cook: Musk’s Secret Sauce.
These 4 posts represent hundreds of pages if you print them. No kidding. I’ve read part 4 and it was a real (positive) shock. Tim Urban explains Musk’s entrepreneurial strengths. I just give some extracts but if must read it all (if you find the time).

“I think generally people’s thinking process is too bound by convention or analogy to prior experiences. It’s rare that people try to think of something on a first principles basis. They’ll say, “We’ll do that because it’s always been done that way.” Or they’ll not do it because “Well, nobody’s ever done that, so it must not be good.” But that’s just a ridiculous way to think. You have to build up the reasoning from the ground up —“from the first principles” is the phrase that’s used in physics. You look at the fundamentals and construct your reasoning from that, and then you see if you have a conclusion that works or doesn’t work, and it may or may not be different from what people have done in the past.” […] Musk is an impressive chef for sure, but what makes him such an extreme standout isn’t that he’s impressive — it’s that most of us aren’t chefs at all. […] “When I was a little kid, I was really scared of the dark. But then I came to understand, dark just means the absence of photons in the visible wavelength—400 to 700 nanometers. Then I thought, well it’s really silly to be afraid of a lack of photons. Then I wasn’t afraid of the dark anymore after that.” That’s just a kid chef assessing the actual facts of a situation and deciding that his fear was misplaced. As an adult, Musk said this: “Sometimes people fear starting a company too much. Really, what’s the worst that could go wrong? You’re not gonna starve to death, you’re not gonna die of exposure—what’s the worst that could go wrong?” Same quote, right? […] That’s Elon Musk’s secret sauce. Which is why the real story here isn’t Musk. It’s us. […] People believe thinking outside the box takes intelligence and creativity, but it’s mostly about independence. When you simply ignore the box and build your reasoning from scratch, whether you’re brilliant or not, you end up with a unique conclusion—one that may or may not fall within the box.

Then Tim Urban quotes Steve Jobs from his famous speech at Stanford in 2005 (I think): “When you grow up, you tend to get told the world is the way it is and your life is just to live your life inside the world. Try not to bash into the walls too much. Try to have a nice family life, have fun, save a little money. That’s a very limited life. Life can be much broader once you discover one simple fact. And that is: Everything around you that you call life was made up by people that were no smarter than you. And you can change it, you can influence it, you can build your own things that other people can use. Once you learn that, you’ll never be the same again.” 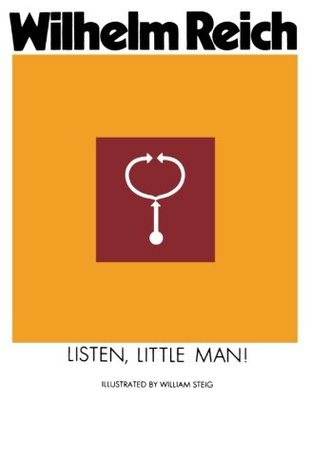 And all this reminds me about an essay I mentioned in the conclusion of my book, an essay by Wilhelm Reich, the great psychoanalyst, who he wrote in 1945: “Listen, Little Man”. A small essay by the number of pages, a big one in the impact it creates. “I want to tell you something, Little Man; you lost the meaning of what is best inside yourself. You strangled it. You kill it wherever you find it inside others, inside your children, inside your wife, inside your husband, inside your father and inside your mother. You are little and you want to remain little.” The Little Man, it’s you, it’s me. The Little Man is afraid, he only dreams of normality; it is inside all of us. We hide under the umbrella of authority and do not see our freedom anymore. Nothing comes without effort, without risk, without failure sometimes. “You look for happiness, but you prefer security, even at the cost of your spinal cord, even at the cost of your life”.

Tim Urban is absolutely right and you need to read his piece about dogma and tribes. He made me think again of my readings of the great French philosopher Cynthia Fleury and how we need to balance the individuals and the groups and why democracy is a fragile jewel of societies…

PS: I totally forgot to mention a video that a colleague of mine (thanks to her now 🙂 ) mentioned a few days ago. BY one of these nice coincidences of life, it is precisely one of the arguments of Tim Urban about why some people are “cooks” (followers or incremental innovators) and others “chefs” (disruptive innovators). Enjoy!