Thanks to the a16z weekly newsletter, I just discovered another interesting study about the importance of migrants in the US innovation landscape: Immigrants and the Billion Dollar Startups (in pdf). Here are some key findings:
– 51 percent, or 44 out of 87, of the country’s $1 billion startup companies had at least one immigrant founder.
– 62 of the 87 companies, or 71 percent, had at least one immigrant helping the company grow and innovate.
– immigrant founders have created an average of approximately 760 jobs per company in the United States.
Of course this is limited to the Unicorns, private companies with a rather young history, but these are impressive data. 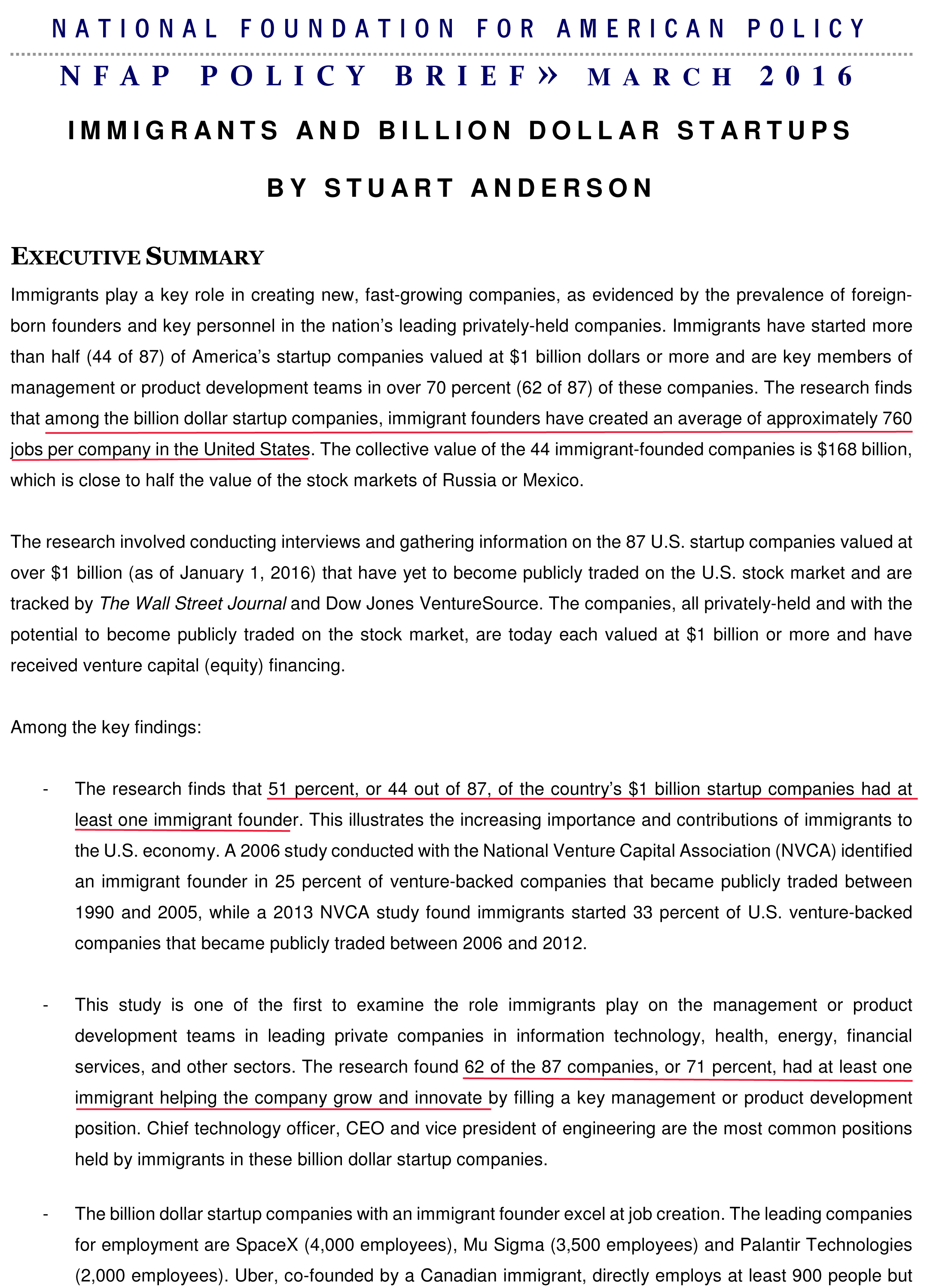 If you have never read anything about the importance of migrants in Silicon Valley, you might also be interested in the work of AnnaLee Saxenian. Now, I copied the data from the study, to add my own comments: 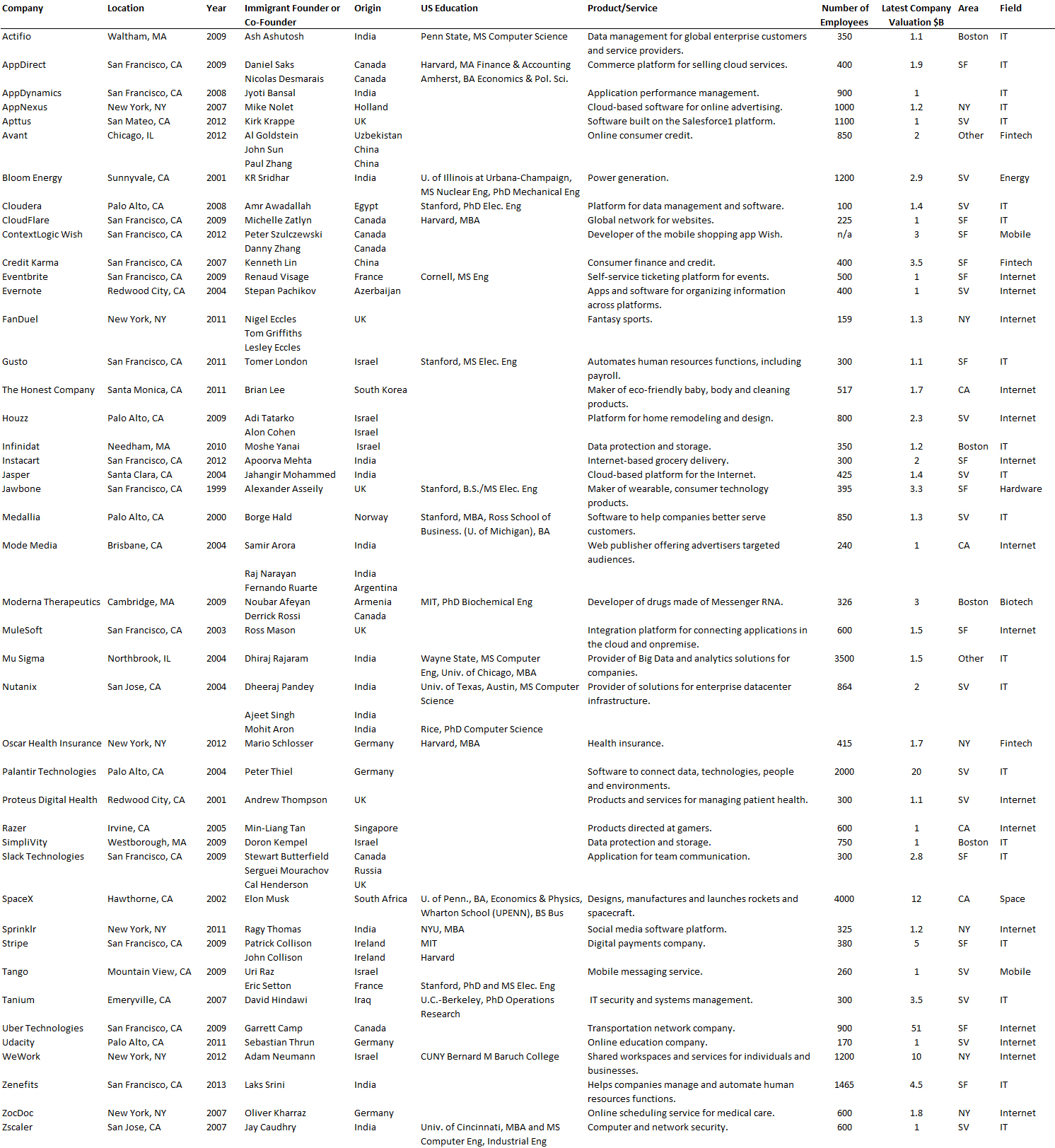 In terms of geography, out of the 44 start-ups, 14 are based in Silicon Valley and 12 in close-by San Francisco.
In terms of education, out of the 60 immigrant founders, 23 have studied in the US universities, including 5 at Stanford and 1 at Berkeley vs. 4 at Harvard and 2 at MIT.
In terms of origin, the study gives the individual countries and I was interested at Europe: 15 come from the European Union vs. 14 from India and 7 from Israel.
Interesting, right?