Progress in science depends on new techniques, new discoveries and new ideas, probably in that order – Sydney Brenner
All science is either physics or stamp collecting – Ernest Rutherford

I did not know much about genetics, except my data here and there about biotechnology startups. But thanks to his book The Gene, Siddhartha Mukherjee makes me feel I know much more. His brilliant storytelling is like a symphony, describing the early days of genetics, with Darwin and Mendel and the latest developments of this fascinating science. There are brilliant quotes like the two above, respectively page 202 and 221. And there are marvelous portraits. 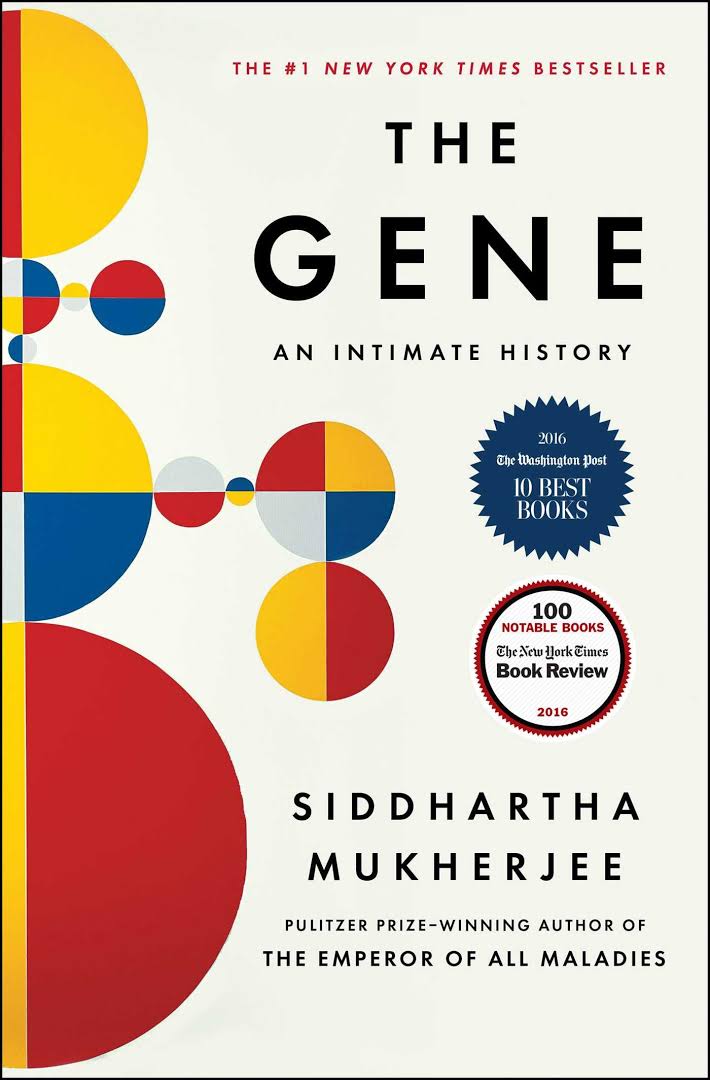 I will only give a few of them, the pictures I mean, as a quiz…

But before letting you discover the names below, here is a short extract from The Gene, a famous anecdote about how Genentech was born… 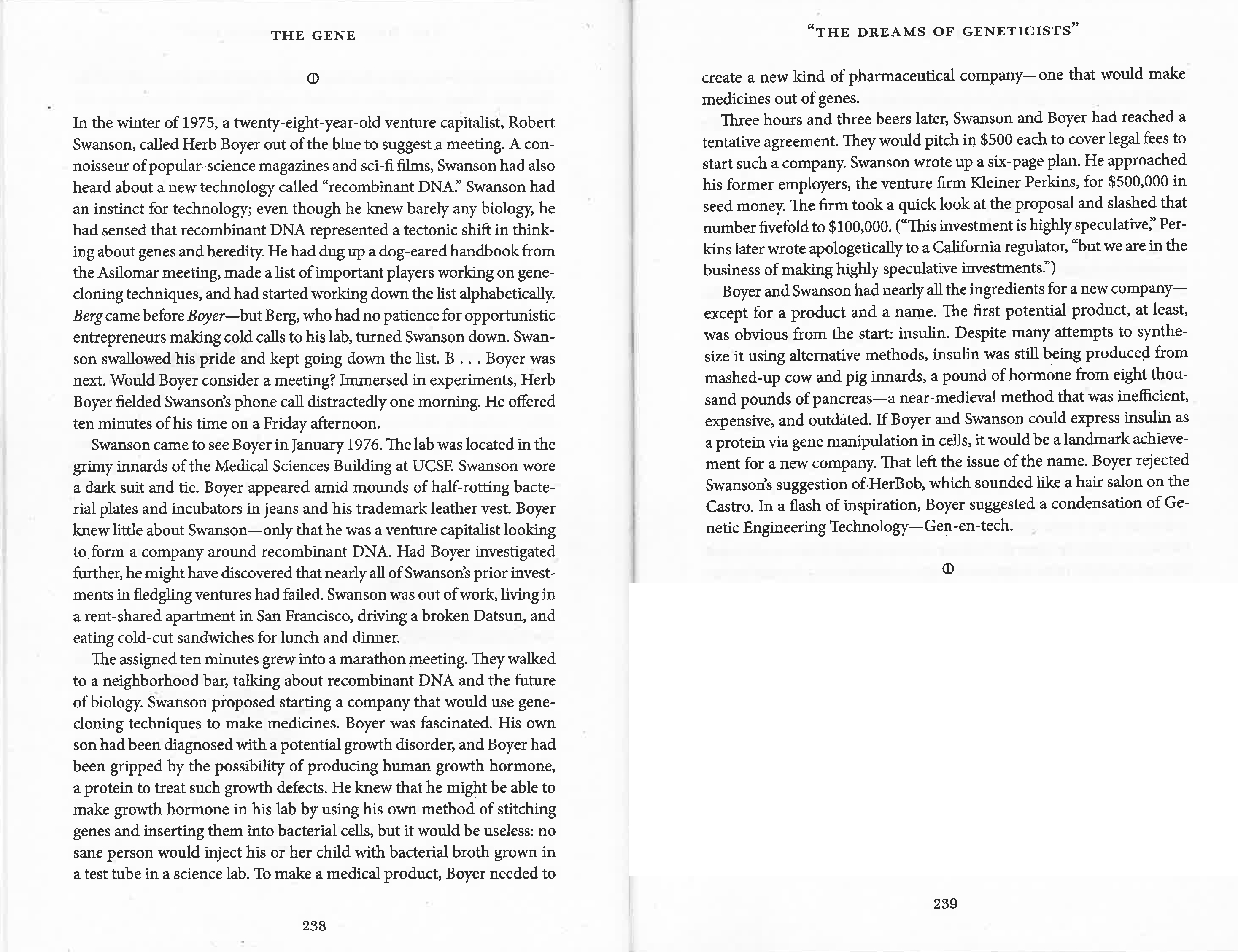 And a great analysis of what science, technology and biology are:
“Do not be lulled by that description. Do not, gentle reader, be tempted to think – “My goodness, what a complicated recipe!” – and then rest assured that someone will not learn to understand or hack or manipulate that recipe in some deliberate manner.

“When scientists underestimate complexity, they fall prey to the perils of unintended consequences. The parables of such scientific overreach are well-known: foreign animals, introduced to control pests, become pests in their own right; the raising of smokestacks, meant to alleviate urban pollution, releases particulate effluents higher in the air and exacerbates pollution; stimulating blood formation, meant to prevent heart attacks, thickens the blood and results in an increased risk of blood clots to the heart.

“But when non-scientists overestimate complexity – “No one can possibly crack this code” – they fall into the trap of unanticipated consequences. In the early 1950s, a common trope among some biologists was that the genetic code would be so context dependent – so utterly determined by a particular cell in a particular organism and so horribly convoluted – that deciphering it would prove impossible. The truth turned out to be quite the opposite: just one molecule carries the code, and just one code pervades the biological world. If we know the code, we can intentionally alter it in organisms, and ultimately in humans. Similarly, in the 1960s, many doubted that gene-cloning technologies could so easily shuttle genes between species. By 1980, making a mammalian protein in a bacterial cell, or a bacterial protein in a mammalian cell, was not just feasible; it was, in berg’s words, rather “ridiculously simple”. Species were specious. “Being natural” was “often just a pose”. [Page 408] […]

“Technology, I said before, is most powerful when it enables transitions – between linear and circular motion (the wheel), or between real and virtual space (the Internet). Science, in contrast, is most powerful when it elucidates rules of organization – laws – that act as lenses through which to view and organize the world. Technologies seek to liberate us from the constraints of our current realities through those transitions. Science defines those constraints, drawing the outer limits of the boundaries of possibility. Our greatest technological innovations thus carry names that claim our prowess over the world: the engine (from ingenium, or “ingenuity”) or the computer (from computare, or “reckoning together”). Our deepest scientific laws, in contrast, are often named after the limits of human knowledge: uncertainty, relativity, incompleteness, impossibility.

“Of all the sciences, biology is the most lawless; there are few rules to begin with, and even fewer rules that are universal. Living beings must, of course, obey the fundamental rules of physics and chemistry, but life often exists on the margins and interstices of these laws, bending them to their near-breaking limits. The universe seeks equilibriums; it prefers to disperse energy, disrupt organization, and maximize chaos. Life is designed to combat these forces. We slow down reactions, concentrate matter, and organize chemicals into compartments, “It sometimes seems as if curbing entropy is our quixotic purpose in the universe,” James Gleick wrote.” [Page 409]

And now the answer the the picture quiz: