In the part 1 of my post about The Power Law, I had embedded my own visual history of venture capital. There was a missing element which is China’s rise, that Mallaby adresses in his 27-page Chapter 10. Before 2010, venture capital in China was behind Europe, but today it’s challenging the USA: 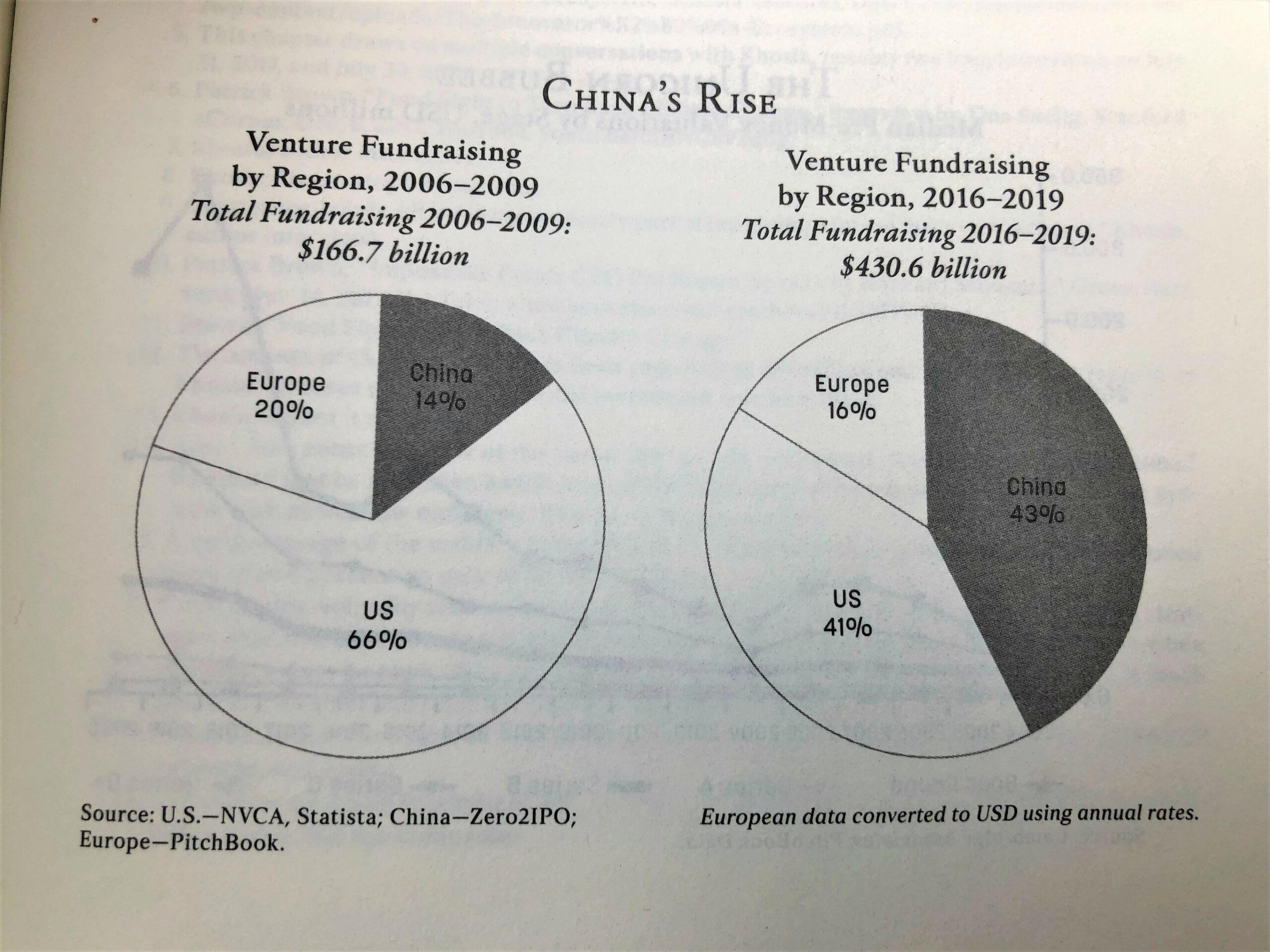 Mallaby convincingly explains that it developed not with the support of, but bypassing the Chinese government and surprisingly thanks to a combination US venture capitalists and Chinese people who had been in close contact to the American entrepreneurial culture. I knew nobody from the people below but one entrepreneur (you can check their names at the end of the post).

I had heard about the BATX which are nowadays compared to the GAFA and I loved Jack Ma’s video which could have been given by many Silicon Valley entrepreneurs. Here it is again:

I had a few Chinese startups in my 800+ cap tables and they are mostly internet and ecommerce companies. Mallaby seems to have similar views. I extracted them all (see below) and here are a few interesting characteristics: 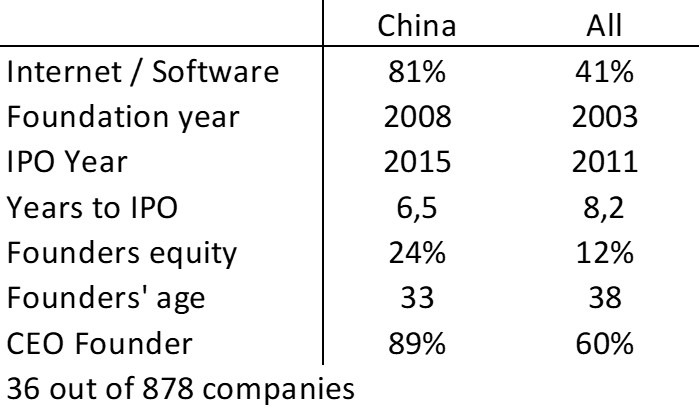 Not only are they mostly internet/ecommerce companies, but they are recent, went public quickly, their founders are younger than average, keep more equity than others, and they have many more founding CEOs than the average. Interesting…