I should have added a point of disagreement or discomfort in the analysis made by the authors of How Google Works. On page 125, there is a short section called Disproportionate rewards:

“Once you get your smart creatives on board, you need to pay them. Exceptional people deserve exceptional pay. Here again you can look to the sports for guidance: Outstanding athletes get paid outstanding amounts. […] Yes they are worth it (when they perform up to expectations) because they possess rare skills that are tremendously leverageable. When they do well, they have disproporationate impact. […]

You can attract smart creatives with factors beyond money: the great things they can do, the people they’ll work with, the responsability and the opportunities they’ll be given, the inspiring company culture and values, and yes, maybe even free food and happy dogs sitting desk-side. […] But when those smart creatives become employees and start performing, pay them appropriately. The bigger the impact, the bigger the comp. Pay outrageously good people outrageously well, regardless of their title or tenure. What counts is their impact.” 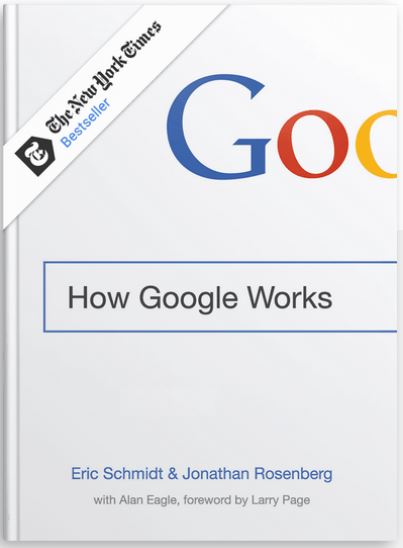 I am in fact coming back to Capitalism in Silicon Valley following my contribution on France Culture. My French culture naturally favors the collective rather than the individual, while America has a reverse culture. However, the excellent exchange between Xavier Niel and Edgar Morin (l’école de la vie) shows that the borders or at least the analysis are moving. “What can a young French do if he wants to get rich, which is not to be despised? Not much. So he/she leaves. If a young suburban, if excluded from the school system, he/she only has small jobs or illegal dealing. And it is tragic. […] The problem is that the state has no money. No money, no reform. There is no more vision and courage to face corporatism.” And there’s the problem of Republican elite which is out of breath. “The social elevator is not working anymroe. We have the worst grade among the OECD countries in this area. The elites are very little renewed. What hope can have a growing number of young people who will find it difficult to benefit from a system monopolized by a few self-proclaimed castes and other great public servants of the state, which management has also been poor?”

In California, Google also stirs controversy. The exclusivity and exception create exclusion. How to correct it? Picketty and others respond with tax. But Google and others do not pay (enough) taxes … And Eric Schmidt does not addresses the issue of the collective and Google uses the law to optimize taxation. The “exceptional” and “outrageously” can become outrageous…

My discomfort is amplified by the notion of merit. In the field of science, one “grows up on the shoulder of other giants” and many have been forgotten. Albert Einstein. Didn’t he owe anything to Mileva? These exceptional individuals. Don’t they owe nothing to the surrounding environment, which may have helped? I’m much more sensitive to the other argument the authors use: “fight for the Divas” (page 48). I believe that in science, we have not listened enough to the exceptional behaviors such as Perelman and Grothendieck, two mathematicians who have withdrawn from the world.

I do not have answers and just intuitions. Between the elite, the exceptions, the rare individuals, and the collective, society, people, there must be a better balance. Between the negative taxes that the multinational corporations pay and the higher-than-the-annual-income taxes of some wealthy entrepreneurs, there must be a wise mid-point, which should help solve some issues of Silicon Valley on one side and Europe on the other side…

1 thought on “Something rotten in the Google republic?”