The latest IPO filing is 3 year-old Groupon. After raising more than $1B from its (famous) investors, the start-up hopes to sell $750M worth of shares at its IPO. I quickly build the capitalization table which follows (hoping there are not too many mistakes). I will update it when the IPO nears including the shares sold by existing stockholders, if any.

Worth noticing is the crazy valuation some “savvy” investors such as KP, Greylock or Battery paid for their shares. The other winners, besides the Groupon founders, should be the German start-up CityDeal launched by the Sawmer brothers (from the European Founders Fund). 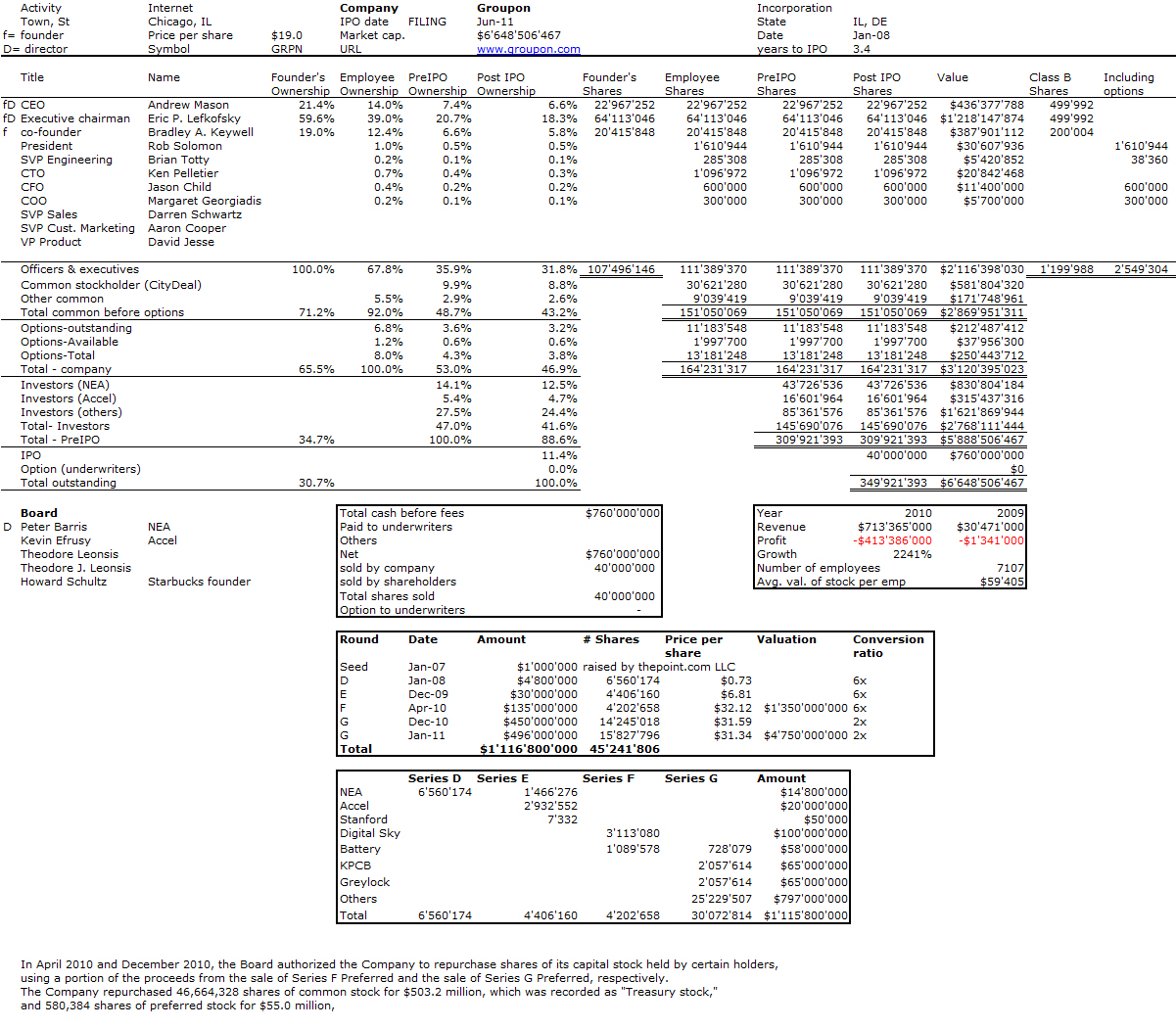 Final comment for today: Groupon declined to be acquired by Google for about $6B last December. We’ll see soon if they were right to do so…

1 thought on “The IPO fever goes on: Groupon files to go public!”