I leave Europe with two recent filings (Envivio, Transmode) to China. There would be much to say about China, my recent post on venture capital shows the growing role played by the country in high-tech. At the same time, I don’t know many Chinese success stories, with the exception of Alibaba and Baidu.

I should add Foxconn, the famous computer company which produces Dell and Apple machines, but I have not much about it. Alibaba was founded in 1999 and went public on the Hong Kong stock exchange in 2007, even if its major shareholders are Yahoo and Softbank.

It was tough to build the capitalization at table. There is about 30% of the company shares which I could not link to individual or institutional stockholders. It could be linked to that fact that the Chinese entitity owns these shares. I cannot avoid adding that just like in Europe, the filings of non-US companies are sometimes more cryptic than for American companies. But it might be just because I did not spend enough time on the documents. It might be also that I made a confusion between the quoted company and the mother company which is not quoted (check this 2009 newsrelease that I discovered while writing the post!) 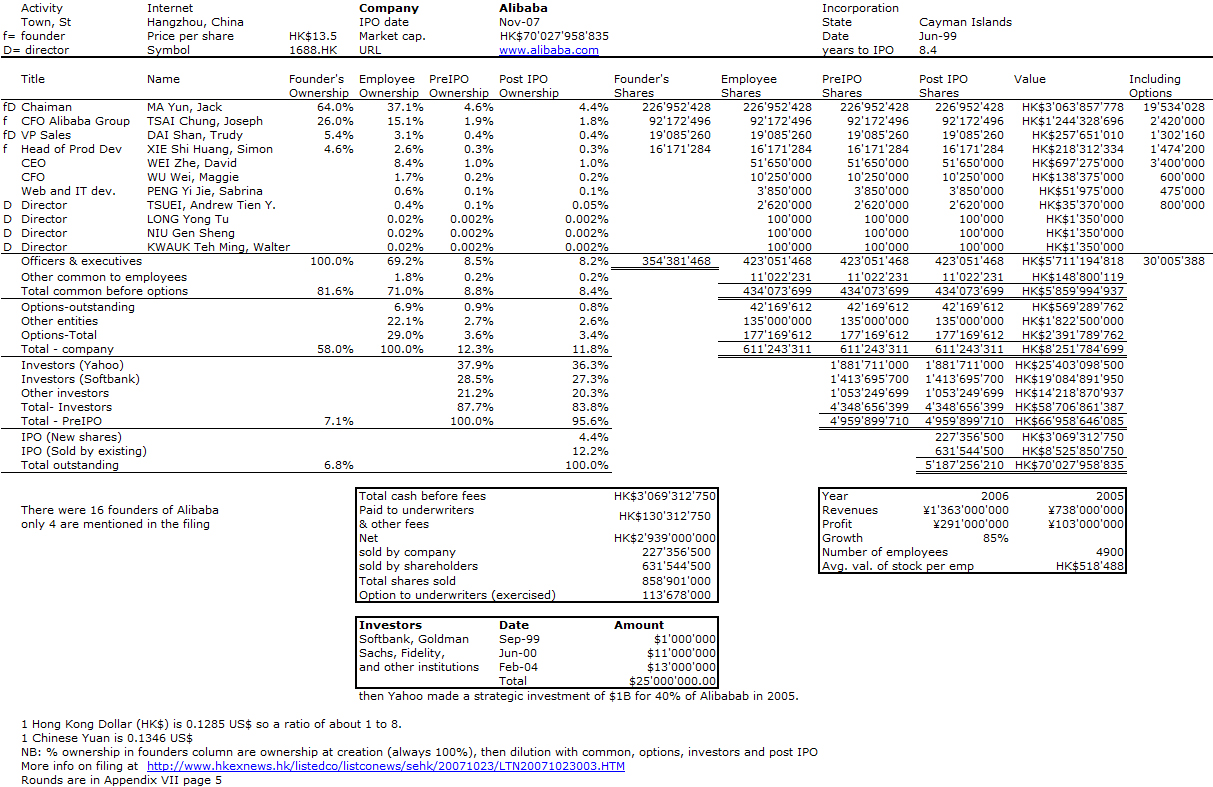 What else? The founders have similar ownership to US start-ups. Another thing which puzzles me is the fact that Alibaba is not quoted on Nasdaq or NYSE and that in parallel, some major stockholders are from the western world… But the founding team has strong chinese roots which balances the overall picture.

Next: I will compare the situtation with Baidu, the other Chinese success story I studied.