I just read the chapters related to venture capital in the book The Masters of Private Equity and Venture Capital. These are the chapters 7 to 11 built from interviews of:
– Garth Saloner, Stanford Professor
– Bill Draper, founder of Draper Richards and of Sutter Hill
– Richard Kramlich, founder of NEA
– Steven Lazarus, founder of ARCH Venture Partners
– Pitch Johnson, founder of Asset Management Company 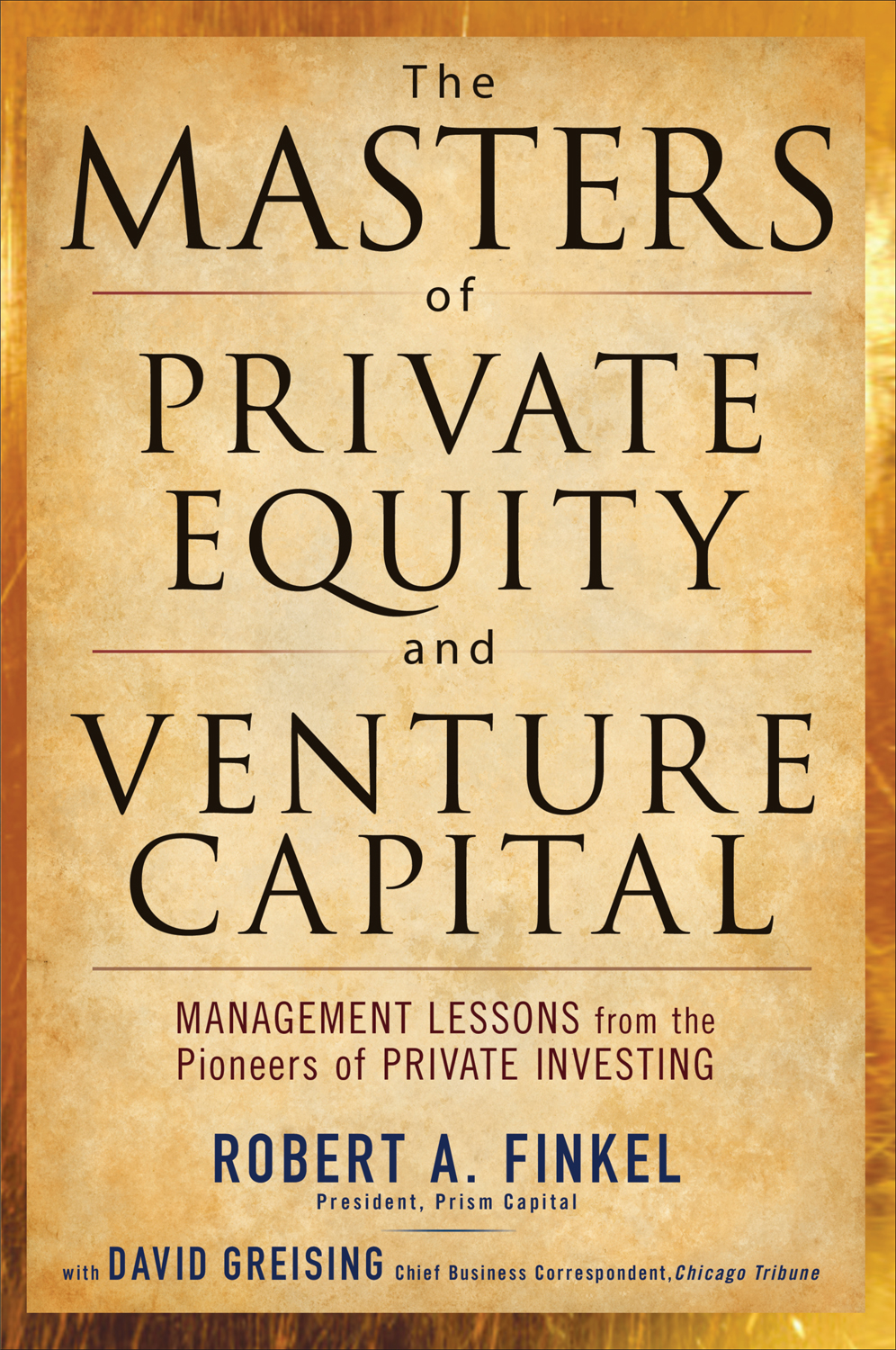 You may not know their names but Draper, Kramlich and Johnson are famous “grandfathers” of Silicon Valley venture capital. You may remember them if you read my chapter on the history of venture capital and the graph below shows how instrumental they were: 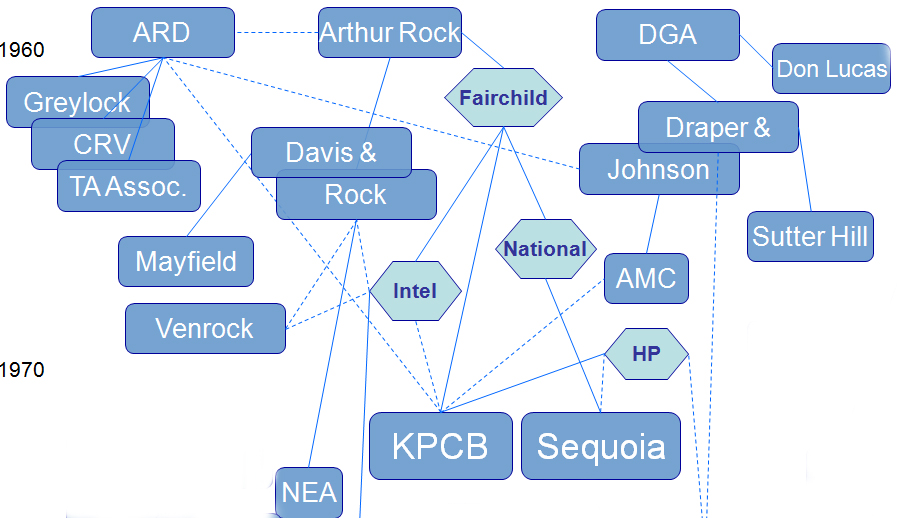 I have to admit my favorite chapter was about Pitch Johnson. (So if you are bored with my lengthy post at some point, jump to the Johnson chapter before quitting!) I had been in contact with him in the past when he sent me a great poster about the early history of the west coast VC. I had also quoted Johnson in my book; I quite liked what he had to say about entrepreneurship: “Entrepreneurs are the revolutionaries of our time.” And he had added: “Democracy works best when there is this kind of turbulence in the society, when those not well-off have a chance to climb the economic ladder by using brains, energy and skills to create new markets or serve existing markets better than their old competitors” 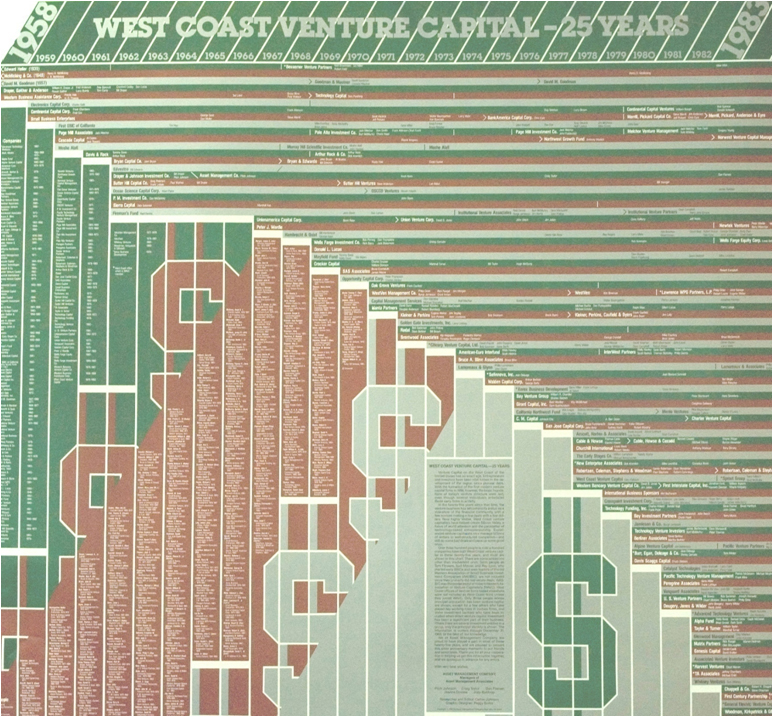 So is VC an art or a science? It is certainly not the only topic of this book but all contributors give their views on the question (and on a few other issues I will also mention).

Chapter 7 – Garth Saloner – The Entrepreneur and the Venture Capitalist

Saloner, a Stanford professor, gives an overview of what VC was and is about. He begins to say that VC is not what it was: “Rich and reliable returns no longer seem quite so dependable” (p. 143) so that VCs “Move toward a more conservative mix in their investment portfolios” because of “stressful market conditions”.

One of the sections of his chapter is called “Tough to predict”. “A VC cannot tell which of the many opportunities that cross the desk will be a 30 bagger”.  [A 30x multiple] … “And it can be nearly as difficult to predict which will return zero. These uncertainties drive the typical venture investor toward a home-run model.”

A third topic he studies follows another section title: “Whose side are you on anyway?” He answers by stating that the VC has a responsibility towards its LPs.  “The typical VC has every incentive to play long ball while many entrepreneurs will be simply happy to see their product come to market. And therefore the VC may be more aggressive.” The disparity in perspective is rooted in two aspects:
– the preferred stock structure which may induce fast exits if success does not seem to appear,
– the time and money, which gives an incentive to shut down if the time effort is too high.
“But even the success does not eliminate this tension: the entrepreneur may prefer a longer time horizon,” VCs need liquidity. The author is not sure that Bill Gates, Steve Jobs, Michael Dell or Larry Ellison would have been given the opportunity with venture capitalists in control of the board room.

In conclusion the final section is called: a successful, if uneasy, marriage.

Bill Draper is indeed a pioneer of Venture Capital. You may read more about him on another post of mine, The Startup Game.

“Venture investors put their money into technologies that have not yet come to fruition, untested business ideas, undeveloped markets, and often entrepreneurs with virtually no track record. It is a pioneering from of investment.”

One of the sections here is “Seeing into the future”. “It is not a simple formula. Experiences become lessons, lessons become practices, and practices help us to succeed or fail.” … “It is essential to be quick footed, connected and on top of the latest technological changes in order to succeed.” … “The face of genius changes all the time.” Draper clearly explains the difficulty of the VC activity which makes it (according to my understanding of his views) more an art than a science.

Draper also talks about returns and money making: “Instead of worrying about their carry – in other words, their share of the profits, and fretting about the increase in value of their portfolio, some venture capitalists were more concerned about their fees, or the amount of money that they charged based on the funds under management. The rise of the megafunds and the Wall Street transaction mentality inevitably increased the competitive pressure on everyone.” … “The last thing they want to do is share deals, that is unfortunate because cooperation brings more talent to the table.” There is a nostalgia of the good old days, that have suffered from greediness.

But Draper is an optimist: “Skype was still in the idea phase, but it promised to be an amazing breakthrough. Zennstrom and Friis epitomize what it means to be a disruptive innovator.” … “Society would not be as advanced, interconnected and civilized as it is today were it not for the scores of talented venture capitalists who provided the platform for brilliant and passionate entrepreneurs to develop and nurture their world-changing ideas and innovative technologies.”

Kramlich is more on the science side (again according to my understanding). Let me quote him: “Some changes can be anticipated and planned for. Others are as surprising as a satellite that becomes space junk.” … “Our ability to anticipate, manage, respond to and capitalize on change has been an essential ingredient of our ability to grow into a firm that over our 32-year life span has helped 165 companies make initial stock sales.” … “We spend a considerable time managing change.” NEA has industry teams with experts such as a Nobel Laureate. “VCs are savvy risk takers, able to adapt to changing markets, they nurture creative ideas that might become huge successes. They know that sometimes they will fail completely.”

He also sees different approaches: “Some people are natural agents of change” … “Jim Clark is one of the rarest examples who operates almost exclusively on instinct.” … “A fast-change artist.”

He also added about Metcalfe, founder of 3com: “I had a difficult time telling if this was genius or folly”

And he concludes with “At NEA, [we] have developed some fairly sophisticated tools to avoid the dead ends. What are the holes where the incumbents are not playing? We have applied this sort of thinking to solar power, and have invested in 15 companies. But I am not sure their investments in the solar industry have been stellar… He also discusses greed (he claims NEA only takes 1% management fee vs. 2% on average) and the megafunds (he claims he can put in action billion-dollar funds in order to invest in companies such as Tele Atlas)

Kramlich definitely insists on systematic analysis, expertise and processes even if he recognizes intuition, art and guts play a role for others.

The roots of ARCH Venture Partners are unusual as Lazarus funds began in a university framework, which is why the author of the book summarizes this chapter with the comment “It is possible to systematically commercialize the research from university laboratories”

Lazarus is more humble. He describes ARCH as “an experiment designed to help commercialize laboratory research.” … “Systematically rummaging through university labs.” but he adds: “We made plenty of mistakes.” … “The techniques that have been so helpful to me might be helpful to anyone trying to manage an enterprise that embraces risk in order to grow companies and turn a profit.” … “The scouts also needed to be good judges of talent.” … “We launched ARCH as a technology incubator but the most successful investment turned out to be a company that had nothing to do with technology.”

One of the sections is “Facing the risks”. “We were identifying science literally at the site of inception. We faced three risks: technology, market and financing.” (Surprisingly he does not mention the people or team risks.)

Lazarus is also on the science side of venture capital but when you read between the lines, you may see some of the artistic features.

As I said above, this was my favorite chapter. “The crucial decisions must be made on the basis of inadequate information.” … “Back an entrepreneur without knowing if the idea is powerful, the market big enough and the management strong enough.” [About Amgen in which he invested] “The company must control variables, be able to replicate results, learn from mistakes, and incorporate new information. Beyond that, there was the human factor.”

He has also a funny and critical (for him) anecdote: “As I rose in the ranks [of the company he first worked for], I was eligible for stock options. I got 42 shares. The founders each owned hundreds of thousands, I decided I needed to do something else.”

He also has quite a unique model of venture capital: he decided to quit VC and run his own money, more like a business angel. The main advantages: “Not the same time horizon. The luxury of patience.” He also criticizes some abuses: “VC has become a big money management business. AMC is just $60M. But since 2007, VC is back to basics: starting companies, find people, with breakthrough ideas. Whereas in the dot-com, it was quick-hitting with no intention of really innovating.” As an example, he claims he was an investor in Boole and Babbage for 30 years !!

“Many styles of entrepreneurs work. What counts is matching the right CEO with the particulars of the challenges facing a company. Informal or hierarchical styles, both work.” (He compared Tandem to Teradyne as examples of both styles.)

Art or Science? Clearly a lot of art, a lot of technique and know-how too. Clearly not an industry, but more a craft. And as we all known, craftsmen are just in-between artists and scientists.