People who are close to me are sometimes (often?) tired of my enthusiasm for Silicon Valley. It is well known that the creative energy in innovation is quite unique and the resulting value creation pretty huge. This energy is contagious and as Steve Jobs said: “[There are] two or three reasons. You have to go back a little in history. I mean this is where the beatnik happened in San Francisco. It is a pretty interesting thing. This is where the hippy movement happened. This is the only place in America where Rock‘n’roll really happened. Right? Most of the bands in this country, Bob Dylan in the 60’s, I mean they all came out of here. I think of Joan Baez to Jefferson Airplane to the Grateful Dead. Everything came out of here, Janis Joplin, Jimmy Hendrix, everybody. Why is that? You’ve also had Stanford and Berkeley, two awesome universities drawing smart people from all over the world and depositing them in this clean, sunny, nice place where there’s a whole bunch of other smart people and pretty good food. And at times a lot of drugs and all of that. So they stayed. There’s a lot of human capital pouring in. Really smart people. People seem pretty bright here relative to the rest of the country. People seem pretty openminded here relative to the rest of the country. I think it’s just a very unique place and it’s got a track record to prove it and that tends to attract more people. I give a lot of credit to the universities, probably the most credit of anything to Stanford and Berkeley.” A paradise? That’s a nice question! I will try to address the maybe lesser-known dark sides of the region. 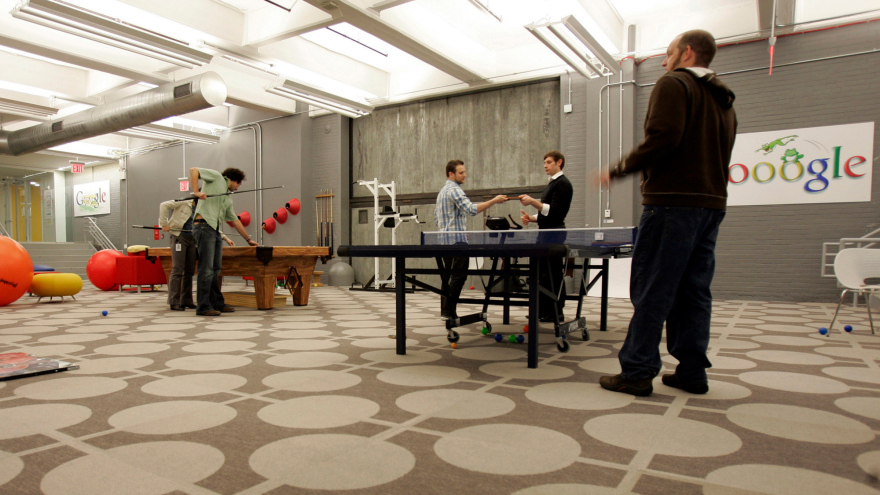 The topic is not new. In 1984, the authors of Silicon Valley Fever devoted two chapters to the difficulties of the region, one is entitled “Lifestyles” and the other “Troubles in paradise”. On page 184, they say: “In the 1980s, cracks began to appear” and concluded (page 202) that “perhaps the greatest threat of all is the single-minded devotion to self-interest at the expense of the common good. ”

I think this is the most serious problem in Silicon Valley. In a recent article in the Nouvel Observateur, The hidden face of the oligarchs of the net, Natacha Tatu is critical of the wealthy entrepreneurs who “sometimes become rich against the American interests.” In fact, the large technology companies (Intel, Oracle, Google, Apple, etc.) have made real war chests outside the U.S. and prefer not to repatriate them to avoid paying the taxes they consider excessive. “The effective tax rate of the high-tech giants was only 16% in 2011. At this game, the champion is Amazon, which taxes amounted to only 3.5% of its earnings in 2011, followed by Xerox (7.3%) and Apple (9.8%)”, according to BFM TV in How Google, Apple & Co use tax havens. Furthermore, “in 2004, George W. Bush, magnanimous, had given such a “tax holliday” – the repatriated profits were taxed at only 5% instead of 35% -, that HP took the opportunity to repatriate $16 billion, IBM 12 billion, Intel 7.6 billion, Oracle 3.3 billion, and Microsoft 1 billion.” This tax selfishness may partly explain the poor infrastructure (public transportation, low quality highways, schools, health services); this is a typical American vice that is not unique to Silicon Valley. The fact remains that the gap between the wealth of the region and poverty in the public system is more extreme.

I quote now Chris Schrader in What’s The Dark Side Of Silicon Valley? “The amount of wealth in the area has driven up home prices near the places where the jobs are to astronomical levels.” If we add the cost of health and education, living in Silicon Valley is a nightmare if you do not have comfortable income. I do not even talk about the “working poors” whose situation is more difficult admitting that their situation is legal. Not to mention either that much of the production is outsourced to emerging countries where working conditions are even more difficult. Needless to return to the example of Foxconn in China that provides the bulk of Apple products.

This is known. In Silicon Valley, people work a lot. Not just for the money, no doubt, but the material considerations seem to be the only common concern to everybody. This is probably the consequence of this devotion to self-interest as much as of the cost of living. In order to pay for home, health care and education, you have to work a lot. But it goes further, and this is probably linked to the Protestant ethics and culture as well as to the pursuit of wealth that startups give hope to. Social life is sacrificed and I remember that many students at Stanford thought only of their education, which is a little sad…

This geek culture does not help in making Silicon Valley a balanced society. Discrimination and inequality remain strong. Noyce, the founder of Intel, was afraid of the unions and thought their arrival in a company were killing business. Undeclared work exists and working conditions are not nearly as idyllic as is sometimes described. More simply, the behaviors are often arrogant, hypocritical and superficial.

A deteriorated quality of life

The authors of Silicon Valley Fever mention some negative consequences of the points above: the lack of free time has obviously negative impact on family life, which is sacrificed at the altar of hard work. Little vacation, little curiosity too. In addition to degraded life conditions related to stress and a high divorce rate, these financial constraints induce a struggling transportation system since people generally work far away from home. Traffic jams are so unreasonable that Chris Schrader said, “I have to establish my schedule based on commute traffic which typically has me out of the house well before 7 am and many times back home by about 8pm. Leaving work at 5pm simply doesn’t make sense, because I would get home at the exact same time if I left at 7pm.” I’m not even talking about public transportation which is almost non-existent compared to European cities or even the metropolitan areas on the East Coast of the United States.

Security is not such an important topic in the Bay Area, but there are significant pockets of insecurity in East Palo Alto and Oakland. I’ll let you see the picture I took a few years ago. Again this is a more general American issue. 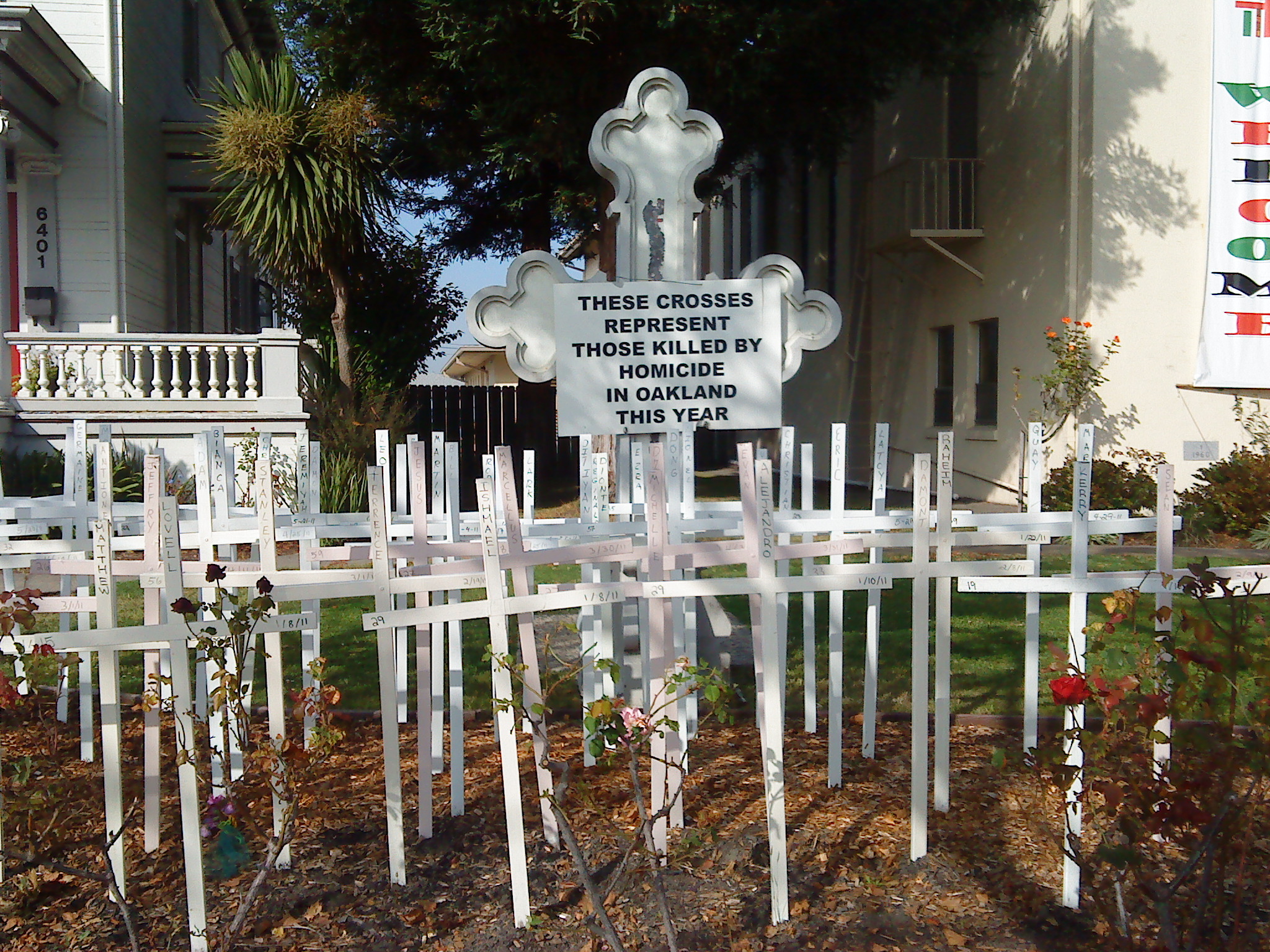 Contrary to the statements by Steve Jobs I quoted earlier, Silicon Valley does not shine by its cultural life. Few major artists (compared to the wealth of the region). Athens, Rome, Florence in the distant past or Paris, London, Vienna and New York today did much better at their peak. No major museum in the region. No major figure in the political or social life despite two major universities. If you go to New York, Washington, Chicago or Los Angeles, I’m pretty sure that you’ll find a richer cultural life.

I am far from having a complete list of negative elements in the region, but I will finish with a point that certainly creates a lot of frustration for innovators and creators. The fashions and trends are so strong that it is difficult to express oneself or worse succeed if one swims against the current. This “herd mentality” implies that one rarely listens to those who come up with ideas seemingly farfetched. Even the Google founders had struggled several months to convince anyone. More recently Elon Musk dit not use for Tesla Motors the usual Silicon Valley investors to finance his dream of electric vehicles; however, he has become the latest darling of the region. In the late 90s, it was the dotcom bubble, today, you need to be in social media. Innovation is much broader, but the money is flowing though in dozens of similar and often less innovative projects… Employees in start-ups follow the same trends and have no attachment or loyalty to their employers. This has probably some good sides (employees can negotiate for example, companies need to do their best to retain talent), but the superficiality of social relations in general can be problematic.

I do not in any way deny my enthusiasm for Silicon Valley which remains in my mind one of the most dynamic and creative regions in the world. I found inspiration and enthusiasm at critical moments of my life and the beauty of the surrounding nature, the enthusiasm (even if artificial) of the population and the sweetness of life (if you can afford it) make the region much enjoyable and exciting. It does not mean it is a paradise and there is clearly room for improvement.

1 thought on “The Capital Sins of Silicon Valley”