In the last 12 months, 3 biotech start-ups from the Zurich area have experienced an exit. Molecular Partners went public on the Swiss stock exchange (see my post from Nov. 21) and two other start-ups have been acquired, Covagen by Janssen (see news release dated August 2014) and GlycoVaxyn by GSK (news release from Feb. 2015), both for about CHF200M. I had already written a post entitled Swiss Founder’s Dilemma in Decembre 2013. But I had not at the time published precise individual capitalization tables. Here they are. 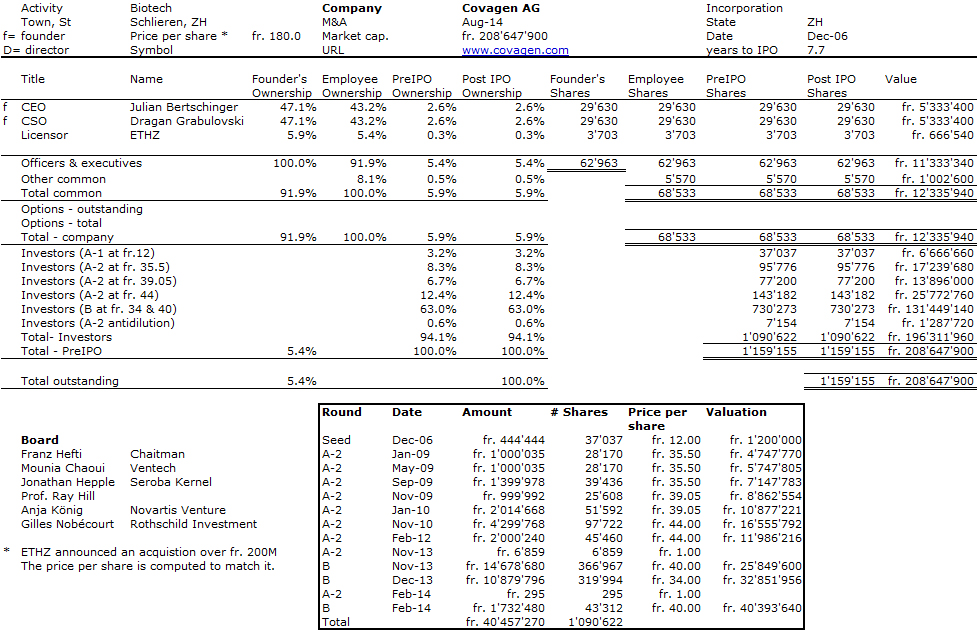 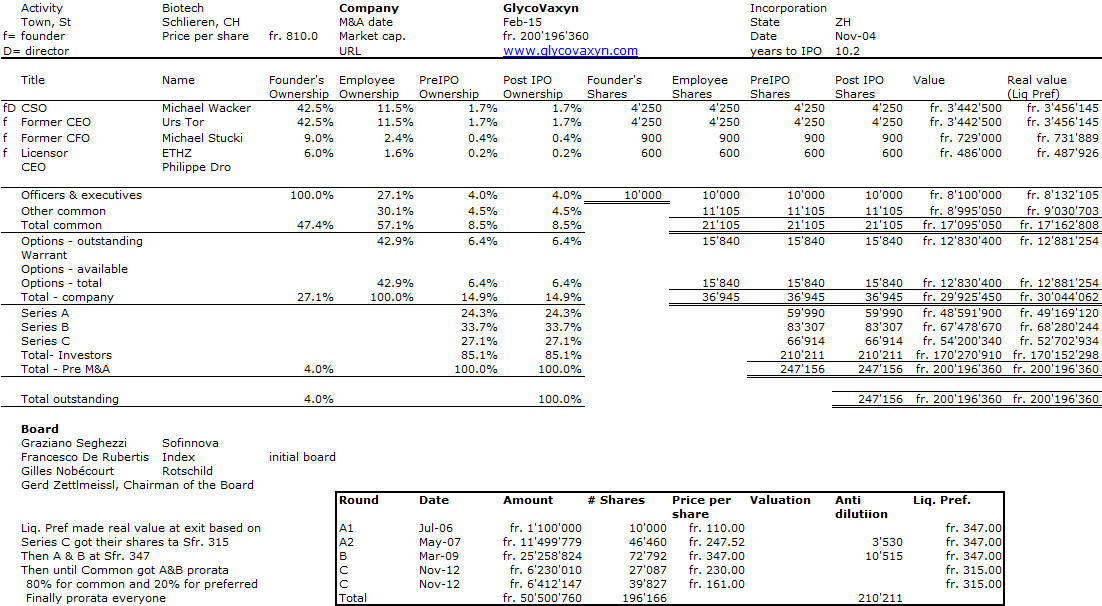 The next table compares some interesting features such as levels of investments and dilution:

click on image to enlarge
I could have added the university equity which was in the 5-8% range at incorporation to be reach 0.2-1.8% range at exit. An interesting additional point is that the IPO seems to induce less dilution and more value creation than the M&A.

The liquidation preference is another interesting feature. The Glycovaxyn case was interesting with a complex mechanism. Despite its complexity and because the acquisition price was much higher than the amount invested by the VCs, the resulting stakes were similar to a plain vanilla prorata shareholding.

I just added these companies with a couple of others to my series of cap. tables and updated my file soon!

In the French speaking part, EPFL has enjoyed some exits too in the last two years: Jilion, Sensima, Aimago, Composyt. Interestingly the exit values were lower and VCs non-existent. But VCs have been active too in the last 5 years. Hopefully some nice outcome will happen in the near future…