Etsy is the most recent IPO filing to date. It’s a well-known ecommerce start-up, based in New-York, seed funded by Caterina Fake, Stewart Butterfield, Joshua Schachter & Union Square Ventures (Albert Wenger and Fred Wilson), further funded by Accel Partners, Index Ventures and Tiger Global, with a total of at least $100M raised before the IPO.

The three founders (Robert Kalin, Chris Maguire, Haim Schoppik) graduated from NYU around 2005 just before founding their start-up, then in their early to mid-twenties. But there is no info on them in the S-1 document. Kalin was CEO until July 2008 (came back between Dec. 2009 and July 2011). many employees and co-founders Maguire (Software development) & Schoppikleft in August 2008.

and here is the usual cap. table. Interesting to check what the value at IPO will be… 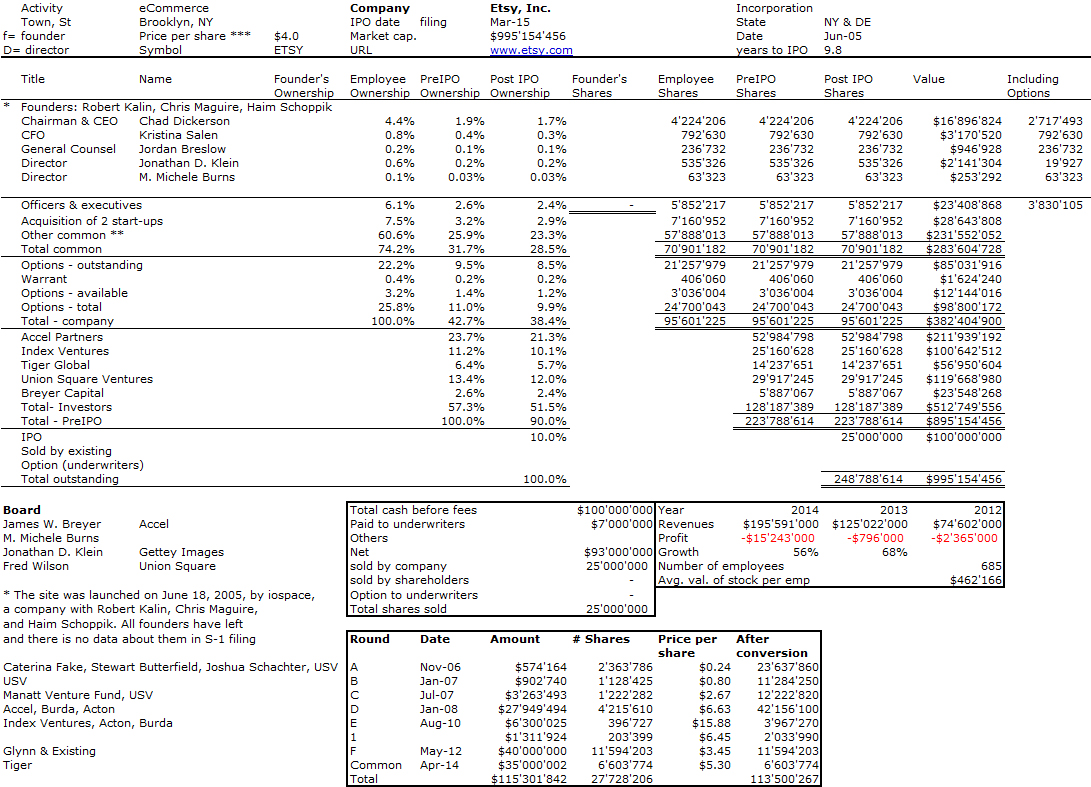 2 thoughts on “Another billion dollar start-up founded by young people? Except they are out of Etsy”