I have already mentioned Andreessen Horowitz (a16z for its friends) in previous posts. First I have been very impressed by Horowitz’s book, The Hard Thing about Hard Things and second, the VC firm is close to Peter Thiel (check When Peter Thiel talks about Start-ups – part 4: it’s customer, stupid!). I also published data about Netscape. 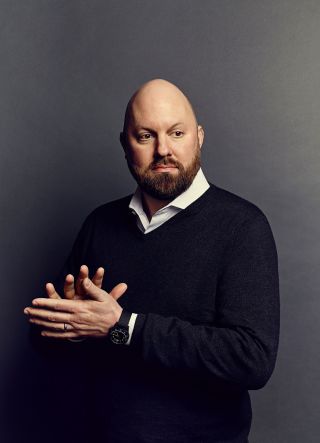 I have also mentioned how impressed I have been by a few articles published by The New Yorker, I wonder why I have not subscribed yet. I just finished reading Tomorrow’s Advance Man – Marc Andreessen’s plan to win the future by Tad Friend. Again this is a long, deep and fascinating analysis. When I printed it, I had a 25-page document. But it is worth reading, I promise.

I also read another article about Andresseen Horowitz, which is also interesting even if less profound: Andreessen Horowitz, Deal Maker to the Stars of Silicon Valley from the New York Times. Both articles try to show that a16z might be changing Silicon Valley and the venture capital world (or they are creating another bubble and will disappear when it bursts) 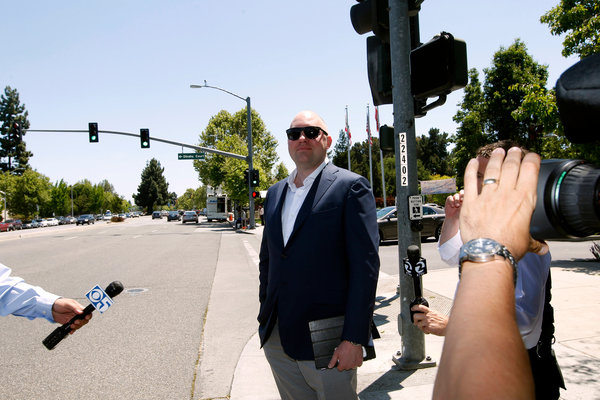 I really encourage you to read the 25 pages, but here are some short excerpts:

Venture capital became a profession here when an investor named Arthur Rock bankrolled Intel, in 1968. Intel’s co-founder Gordon Moore coined the phrase “vulture capital,” because V.C.s could pick you clean. Semiretired millionaires who routinely arrived late for pitch meetings, they’d take half your company and replace you with a C.E.O. of their choosing—if you were lucky. But V.C.s can also anoint you. The imprimatur of a top firm’s investment is so powerful that entrepreneurs routinely accept a twenty-five per cent lower valuation to get it. Patrick Collison, a co-founder of the online-payment company Stripe, says that landing Sequoia, Peter Thiel, and a16z as seed investors “was a signal that was not lost on the banks we wanted to work with.” Laughing, he noted that the valuation in the next round of funding — “for a pre-launch company from very untested entrepreneurs who had very few customers” — was a hundred million dollars. Stewart Butterfield, a co-founder of the office-messaging app Slack, told me, “It’s hard to overestimate how much the perception of the quality of the V.C. firm you’re with matters—the signal it sends to other V.C.s, to potential employees, to customers, to the tech press. It’s like where you went to college.”

[…] The game in Silicon Valley, while it remains part of California, is not ferocious intelligence or a contrarian investment thesis: everyone has that. It’s not even wealth: anyone can become a billionaire just by rooming with Mark Zuckerberg. It’s prescience. And then it’s removing every obstacle to the ferocious clarity of your vision: incumbents, regulations, folkways, people. Can you not just see the future but summon it?

[…] Most venture firms operate as a guild; each partner works with his own companies, and a small shared staff helps with business development and recruiting. A16z introduced a new model: the venture company. Its general partners make about three hundred thousand dollars a year, far less than the industry standard of at least a million dollars, and the savings pays for sixty-five specialists in executive talent, tech talent, market development, corporate development, and marketing. A16z maintains a network of twenty thousand contacts and brings two thousand established companies a year to its executive briefing center to meet its startups (which has produced a pipeline of deals worth three billion dollars). Andreessen told me, “We give our founders the networking superpower, hyper-accelerating someone into a fully functional C.E.O. in five years.”

[…] A16z was designed not merely to succeed but also to deliver payback: it would right the wrongs that Andreessen and Horowitz had suffered as entrepreneurs. Most of those, in their telling, came from Benchmark Capital, the firm that funded Loudcloud, and recently led the A rounds of Uber and Snapchat—a five-partner boutique with no back-office specialists to provide the services they’d craved. “We were always the anti-Benchmark,” Horowitz told me. “Our design was to not do what they did.” Horowitz is still mad that one Benchmark partner asked him, in front of his co-founders, “When are you going to get a real C.E.O.?” And that Benchmark’s best-known V.C., the six-feet-eight Bill Gurley, another outspoken giant with a large Twitter following, advised Horowitz to cut Andreessen and his six-million-dollar investment out of the company. Andreessen said, “I can’t stand him. If you’ve seen ‘Seinfeld,’ Bill Gurley is my Newman”—Jerry’s bête noire.