Again I have been very much impressed by the Entrepreneurial State but I also have some major doubts and even some disagreements. Maybe I have been brain-washed in the last 20 years of my life but my experience in Silicon Valley and venture capital and also my less than satisfying experience with planned innovation by the State convince me that entrepreneurship is crucial and maybe more important than the State role in the innovation part (not the research or even the R&D).

Now I fully agree that seed funding by the State of innovation through research and the taxes to be paid by companies are essential. I also agree that VC is less and less risk taking and that corporate R&D is just a D and the R has disappeared both in IT and pharma.

But let me finish with my notes on this excellent book. As a reminder, part 1 was about the innovation crisis, part 2 was about the respective role of the public and private sector in R&D and innovation, part 3 about the Apple iPhone, part 4 about the green revolution and risks and rewards. 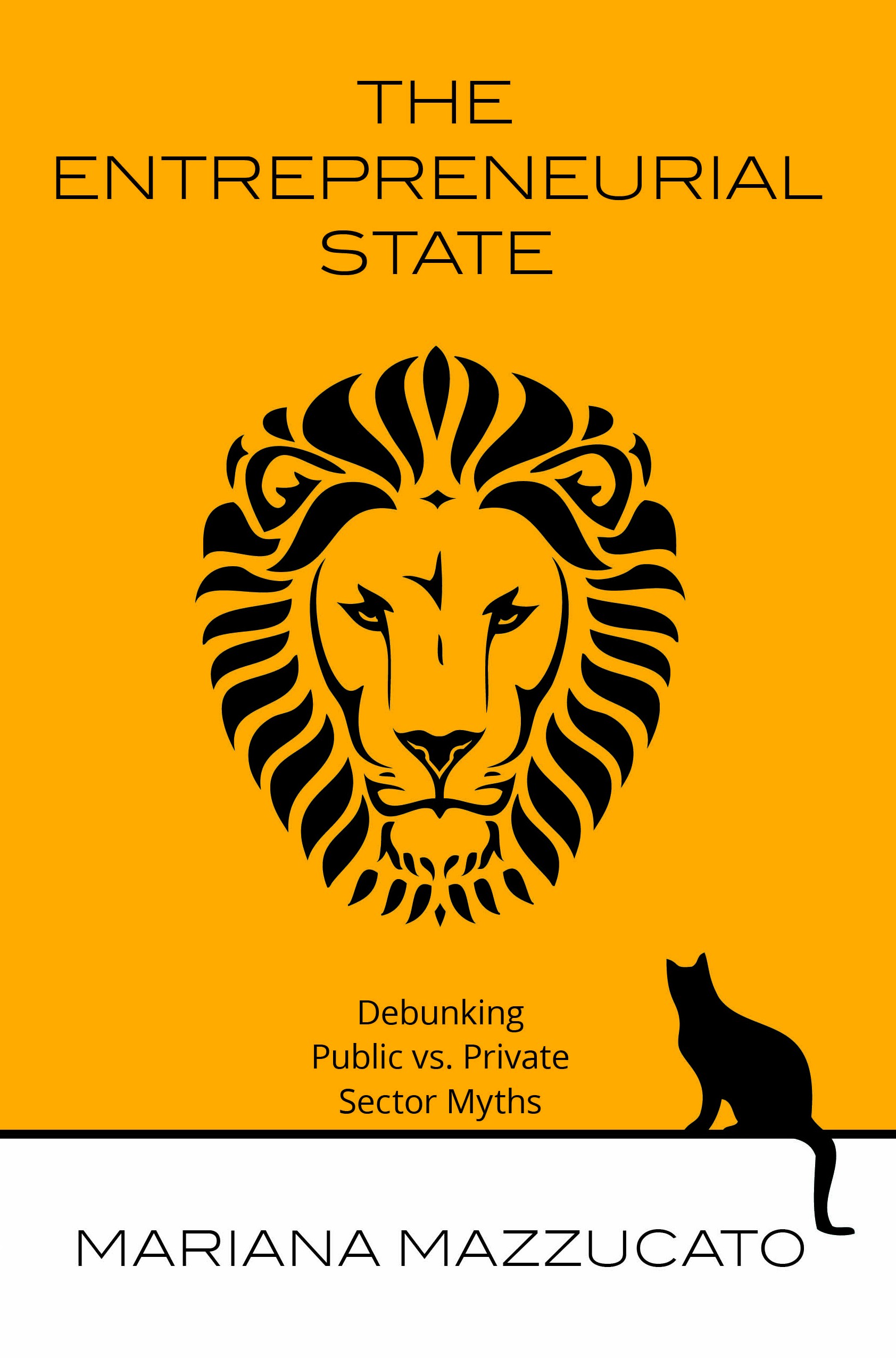 “Innovation has a tendency of allowing those with high skills to prosper and those with low skills to get left behind.” [See also her comment on the New and Old economy in part 4] “Are these the same type of economic actors who are able to appropriate returns form the innovation process if and when they appear? That is, who takes the risks and who gets the rewards? We argue that it is the collective, cumulative and uncertain characteristics of the innovation process that make this disconnect between risks and rewards possible.” […] “When certain actors are able to position themselves at the point – along the cumulative innovation curve – where the innovative enterprise generates financial returns, that is close to the final product or, in some cases, close to a financial market such as the stock market. These favoured actors then propound ideological arguments, typically with intellectual roots in the efficiency propositions of neoclassical economics (and the related theory of “shareholder value”) that justify the disproportionate shares of the gains from innovation that they have been able to appropriate. [Page 186]

This was long but very true.

Finding a way to realign risk taking with rewards is thus crucial not only for decreasing inequality but also for fostering more innovation. […] Put provocatively, had the State earned back just one percent from the investments it made in the Internet, there would be much more today to invest in green tech. Many argue that it is inappropriate to consider direct returns because the State already earns a return via the tax system. The reality is, however, that the tax system was not conceived to support innovation and the argument ignores the fact that tax avoidance and evasion are common. [Page 187]

Mazzucato suggests 3 concrete proposals:
– A Golden share of IPR and a national “Innovation fund” by extracting a royalty. The government should retain a share of the patents; making sure the owner of patents behaves cooperatively, licensing broadly and fairly after an initial period of protection.
– Income contingent loans and equity. “After Google made billions in profits, shouldn’t a small percentage have gone back to fund the public agency that funded the algorithm?”
– Development banks. IF/when the State institution is run by people who not only believe in the power of the State but also have expertise understanding the innovation process, then the results produce a high reward.
[Well isn’t this at least partially what the US do through the Bayh-Dole Act?]

“Rather than relying on the false dream that “markets” will run the world optimally for us “if we just let them alone” policymakers must better learn how to efficiently use the tools and means to shape and create markets – making things happen that otherwise would not. State can do this by leveraging massive national social network of knowledge and business acumen. The State should “stay foolish” as Jobs said, in its pursuit of technological development. It can do so on a scale and with tools not available to businesses. Apple’s success did not hinge on its ability to create novel technologies, it hinge on its organizational capabilities in integrating marketing and selling those low-hanging technologies.

What is needed today is a “systems” perspective, but one that is more realistic on the actual – rather than mythological – role of the individual actors, and the linkages between actors, within and along the risk landscape. It is, for example, unrealistic to think that the highly capital-intensive and high-risk areas in clean technology will be “led” by venture capital. The history of new sectors teaches us that private investment tend to wait for the early high-risk investments to be made first by the State. Yet the returns from these “revolutionary” state investments have been almost totally privatized. While this is especially obvious in the pharmaceutical industry, it is also true in other high-tech areas, with Apple, which have received major benefits from public funds, both direct and indirect, managing to avoid paying their taxes.

First, it is not enough to talk about the “entrepreneurial” State, one must build it, with long-term strategies. There is nothing in the DNA of the public sector that makes it less innovative than the private sector. It is a self-fulfilling prophecy that it is more exciting and fun to work at Goldman Sachs or Google, rather than a State investment bank or a ministry of innovation. The only way to rebalance this problem is to upgrade, not downgrade that status of government. Second a need for a return to cover the losses, beyond the taxes and supply of skilled staff. A direct return. Third, this will have the potential to better inform policies that are directed towards other actors in the “ecosystem” of innovation. (Except the world is global and this may make efforts at the national level not sufficient)

Recommendations
– Reduce State direct transfers such as tax relief,
– Spend money on new technologies and concentrate on firms that can spend on innovation
– Abandon patent box
– Review tax credits so that firms are accountable on innovation, not just R&D
– Reduce enterprise zones
– Return of successful investment in part to government
– Use saved money for massive spending à la Darpa
– Adopt a proactive approach to green technologies
– (Not sure I understood the argument on time investment held before tax exemptions)
– Short-termism is problematic.

2 thoughts on “The Entrepreneurial State (part5): conclusion on a great book.”