Silicon Valley will soon be 65. 65? Yes, I usually say that the region began its growth with the foundation of Fairchild Semiconductor in 1957 (even if the name itself was created in 1971). 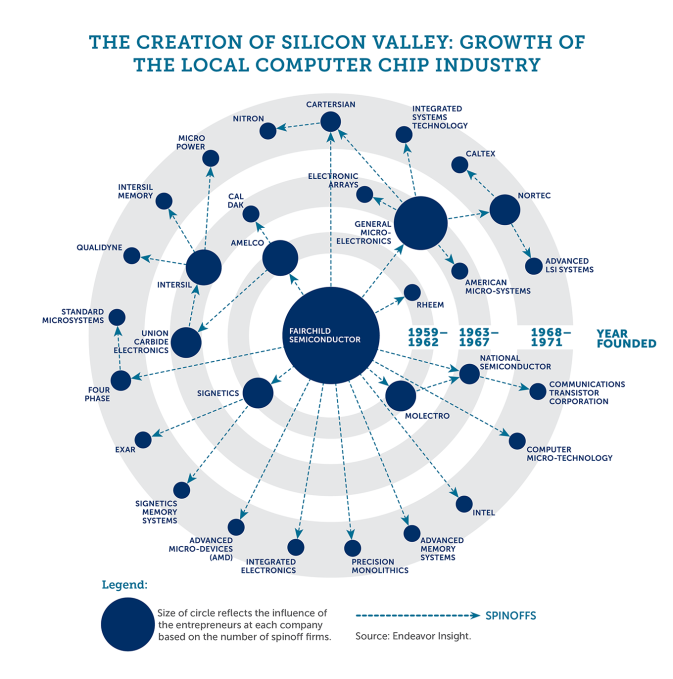 The region is increasingly criticized for both good and bad reasons (see for example here and there) and perhaps it is a little out of breath. Too old ? Ten years ago I had looked at its “Darwinian dynamics” in Darwinian and Lamarckian innovation – by Pascal Picq. I had noted there the remarkable dynamics of creation (and destruction) of businesses. “Twenty of the top 40 SV companies in 1982 did not exist anymore in 2002 and twenty one of the 2002 top 40 companies had not been created in 1982.” So I just did the exercise again.

The table below gives the data for 1982 and 2002 again, then those for 2020. I should have waited for 2022 and the 65th birthday of Silicon Valley, but I didn’t have the patience! Ten of the 40 largest companies did not exist in 2000 and seven more did not exist in 1995. Sixteen of the top 40 of 2002 no longer exist in 2021. The region is therefore a little less dynamic but it remains quite remarkable… The retirement seems to me far away in reality !

As a final comment, five years ago, I had mentioned the evolution of the American capitalism in The top US and European (former) start-ups and in particular The Largest Companies by Market Cap Over 15 Years. You could compare it with the dynamics of French CAC40. 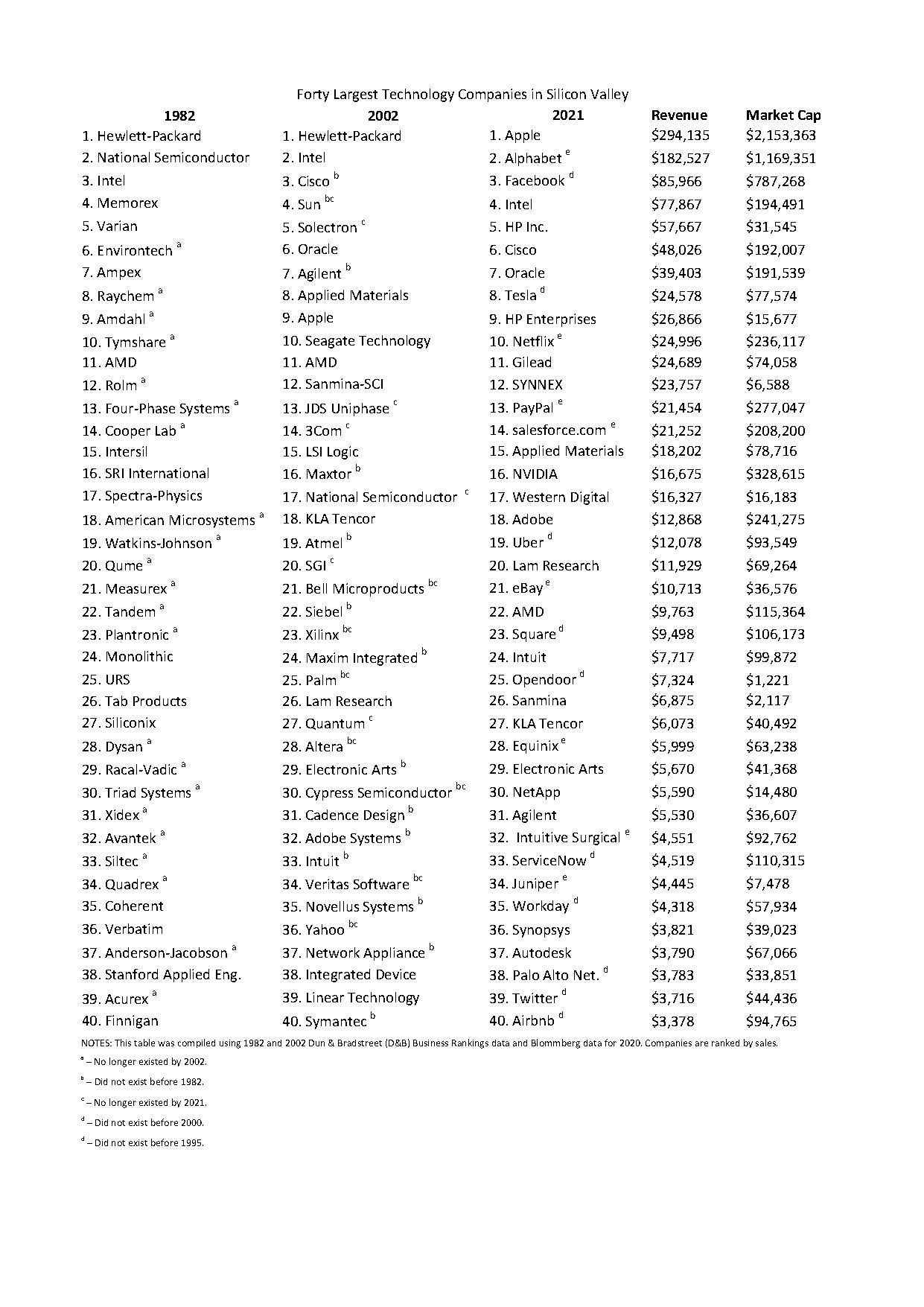 1 thought on “Silicon Valley will soon be 65. Should it be Retired ? – The Darwinian Dynamics of the Region”